Mural of a former Ottawa Senators player on the move to help a Brockville, Ont. girl with cancer

FRANKVILLE, ONT. -- After careful preparations, a mural of former Ottawa Senators goaltender Dominik Hasek has been removed from a home near Frankville in one-piece.

Now, the original artist will touch up the portrait and it will be auctioned off to support five-year-old Hope McCallum of Brockville, who was diagnosed with leukemia.

"The previous homeowners who had renovated this room actually framed in a new wall, so it was just one sheet of drywall and a couple of two-by-fours so we were actually able to cut out the wall itself and preserve the picture fully" said homeowner Jennifer Hope.

The portrait was located in the upstairs bedroom of Hope's farmhouse near Frankville.

When the McCallum family learned Hope was diagnosed with leukemia in September, the community rallied together for support. 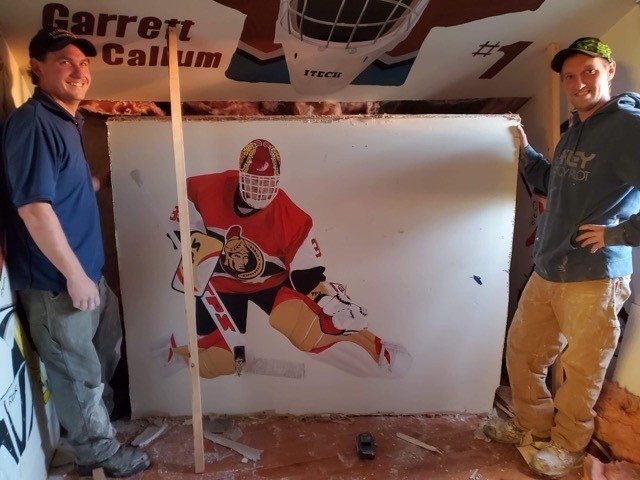 A GoFundMe page was set up and a fundraiser called "Cookies for Hope" helped raise money for the family's trips from Brockville to Kingston for cancer treatments. The portrait of the former Senators goalie will be auctioned off to support Hope and her family.

"So next we are going to patch up the plug, we're going to add another two-by-four behind here so we can cut the size down, then it is going to go off to Michael O'Shea, the artist," said Hope on Thursday.

"He can fix it up and make it beautiful again, and then frame it up and hopefully get some people to sign it," said Hope about plans to auction off the portrait. 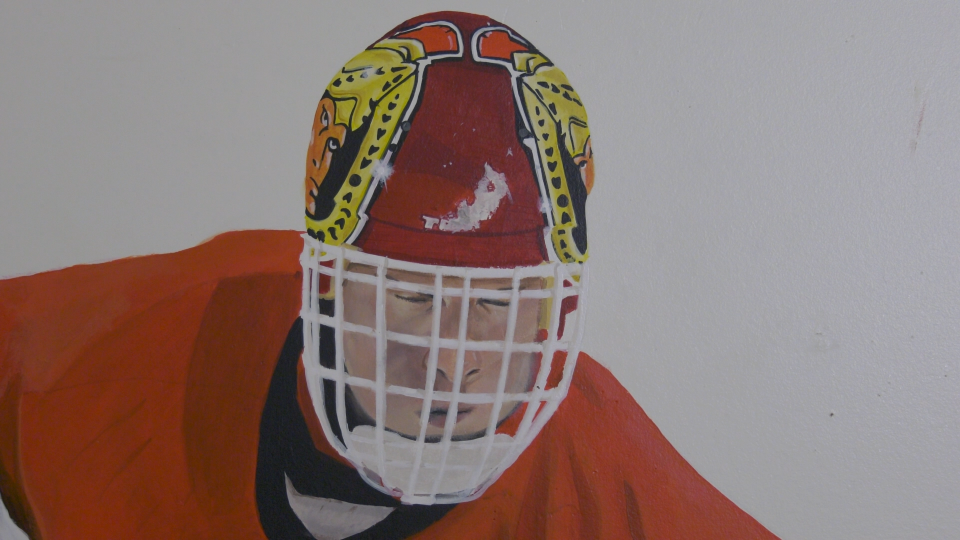 "It's a spare room, so we've never really had a reason to paint over it or do anything with it," Hope said, looking at the mural.

The room once belonged to Garrett McCallum, five-year-old Hope's father, back in 2006.

A teenager at the time and goalie for the local Athens Aeros team, his portrait is also on the wall, along with another hockey hall of famer, Martin Brodeur.

When Jennifer Hope heard about McCallum's daughter being diagnosed with leukaemia recently, she thought of a way she could help support the family.

"It just kind of came to me when I heard about hope," Jennifer Hope said. "We have a local contractor who is a good friend. He's going to come in and we are going to actually cut out this huge chunk of drywall the best we can with as little damage and we are going to clean it up with the artist and we're going to frame it to auction it off to raise money for Hope."

The money would help cover the cost of young Hope's cancer treatments in Kingston over the next couple of years.

"Garrett has no idea. His mom knows, so he can't get mad at her," laughed Jennifer Hope, as she explained her plan, "He is going to come here tonight. I'm going to let him know what we plan on doing and see what his reaction is," she said.

Soon night fell, and a car turned into the long driveway up to the farmhouse.

Welcoming McCallum at the door, she brought him up the steep stairs to his old bedroom.

Once in the room, Hope explained the plan to McCallum.

"We're going to cut Dominik Hasek out and we're going to touch it up and then were going to auction it off to raise money for Hope," she said.

McCallum had a huge smile on his face. He hadn't been in that room since his family moved out about 10 years earlier.

"That's crazy. I can't believe they are still in such good shape," McCallum added, walking over and putting his fingers on the mural.

"I think it's unbelievable. I mean, it's pretty thoughtful of these guys here to even think of doing this. That's a lot of time and effort and but, you know, it's pretty awesome. I'm excited," McCallum said.

"We have had this type of situation in our neighbourhood with very good friends of ours," said Hope. "We know the toll that that can take on a family, so the goal is to just kind of give some financial relief for the next two years."

"It's quite unbelievable to see the murals are still here and nobody's painted over them and people have come and gone through here a couple times now," said McCallum.

His name is still painted on the sloped ceiling, along with a giant hockey mask and the Athens Aeros logo. 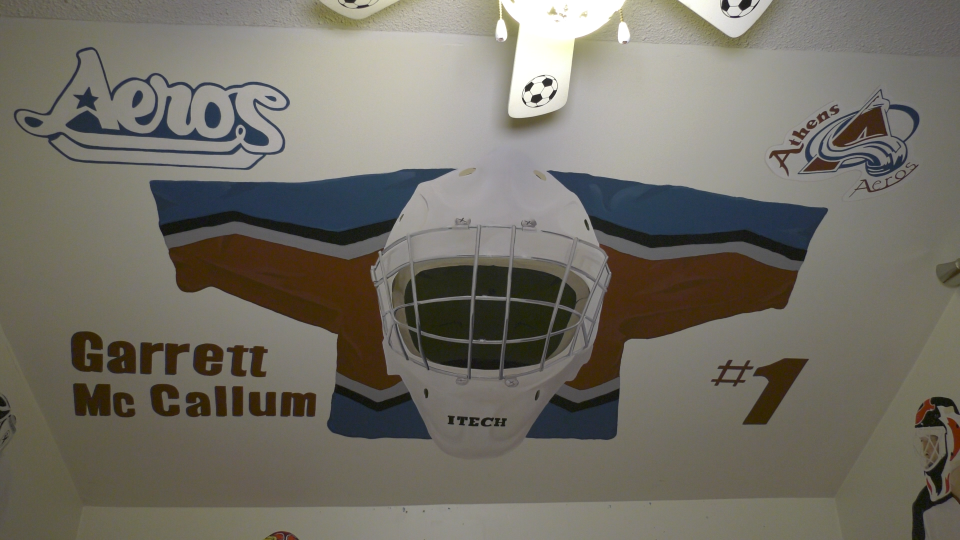 Hasek was his hero when his mother commissioned the painting in 2006 by local artist Michael O'Shea.

"It was big. I mean, he was my favourite growing up," McCallum said. "He had a pretty wicked style and he's just a hall of famer, you know, and won a couple cups."

McCallum thinks he still has the original magazine picture the mural was painted from.

Hope believes the Ottawa Senators should get on board as well.

Hasek, long retired, could maybe even sign the original photo if it is found, they discussed.

"It's unbelievable to see the people come together. Like, you never even think in a million years people would do that. I'm mind boggled," said McCallum.

He said his daughter is doing well with her treatments and that the cancer is currently in remission.

However, five-year-old Hope still has another two years of treatment in Kingston and that will be costly.

The goal is to start the removal process this week, with fingers crossed the mural will come off in one piece.