Move to red for Eastern Ontario Health Unit possible but not this week, top doc says 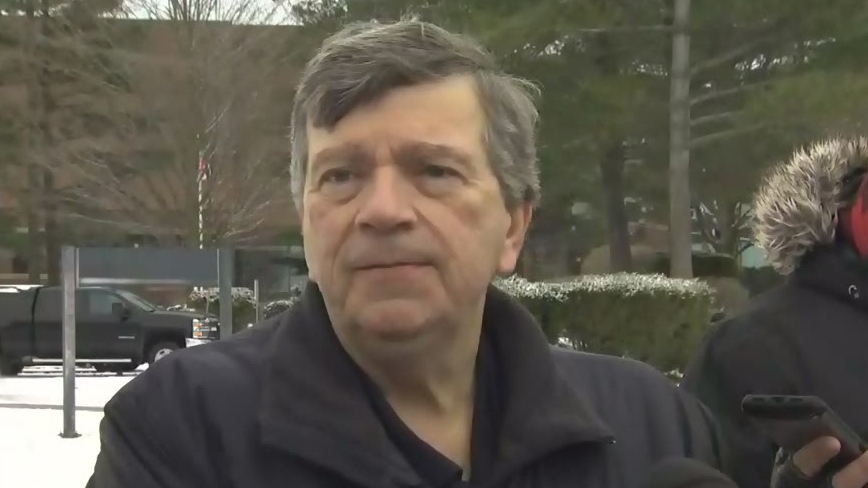 OTTAWA -- The medical officer of health for the Eastern Ontario Health Unit is urging residents to be cautious this holiday season to help curb the spread of COVID-19 or more restrictions could be around the corner.

Speaking on Newstalk 580 CFRA's "Ottawa at Work with Leslie Roberts", Dr. Paul Roumeliotis said the EOHU is at the upper end of the "Orange-Restrict" limits.

"Our numbers in certain areas are higher than even the orange zone," he said. "Overall, we're in the orange zone but certain pockets are higher, particularly when we have huge clusters of cases in a day, but we look at the overall trends and, right now, we're solidly in the upper limits of orange."

The EOHU officially moved to the "Orange-Restrict" level on Monday amid rising case counts. Dr. Roumeliotis said over the weekend, the region added dozens of new infections.

"Between Friday and yesterday we added 63 cases and we're less than a quarter of the population of Ottawa."

Ontario looks at several factors when deciding when to move regions to higher or lower levels of restrictions, including the number of new cases in the past seven days per 100,000 population, the rate at which people are testing positive, and the rate at which the virus is spreading, among other factors. The changes are announced each Friday and come into effect the following Monday.

Dr. Roumeliotis called Ottawa's numbers "pleasantly surprising", considering the trends he is seeing are not unique to the EOHU.

When asked whether the EOHU could move to the red zone in the near future, Dr. Roumeliotis said it's possible.

"If the numbers keep continuing upwards, we could be red. When we look at the numbers we have to look at context, are they more clusters of cases or more distributed? If they're more distributed and we don't even know the source, that is another factor contributing to that," he said. "We're also looking at our positivity rates of our testing and our reproductive factor, both of which were orange last week."

Dr. Roumeliotis said that most of the infections they're finding in the region come from clusters of people, including families, or coworkers.

"It's not that they're gathering in huge numbers, but when they're gathering outside their home bubble, they're not taking the precautions. For example, at work, they do very well with the public, but they go in the back and they have lunch together without masking and physical distancing and that's where we're seeing spread," he said.

Movement to red not expected this week

Later in the day, Dr. Roumeliotis said the EOHU will remain in "Orange-Restrict" level for now.

Speaking to CTV News Ottawa, he said he spoke with the province's chief medical officer of health and noted that some metrics have trended in the right direction recently.

"The other indicators, which are the reproductive number--in other words the rate of infection--have gone down, comparatively speaking, as has our positivity rate," he said. "So, those two are still orange zone. So, if you take all those into account, and the fact that we just went into orange this week, we're going to wait another week and see and hopefully we can get the trends going downwards."

The EOHU reported ten new cases of COVID-19 in its region on Tuesday, which Dr. Roumelitois said is encouraging after higher numbers over the weekend.

Light at the end of the tunnel

Dr. Roumeliotis is urging residents in his area to follow COVID-19 protocols like staying within one's household this Christmas, wearing masks, keeping physical distance, and practicing good hand hygiene. He says, with vaccines around the corner, there is light at the end of the tunnel but cautioned against complacency.

"It's been a tough nine months. We're approaching Christmas and we want to be with our families. This is not the time to do so," he told CFRA's Leslie Roberts. "Let's be a bit more patient and use the vaccine as an incentive. There is a light at the end of the tunnel; however, people should realize this is not an overnight solution."

The first vaccines in Ontario were given this week. Select people in Ottawa began receiving vaccines on Tuesday. However, there is only a small number of doses to begin with and vaccinating the population is expected to take several months.

Speaking to CTV News, Dr. Roumeliotis stressed that people must continue to follow all COVID-19 guidelines.

"We saw the numbers go up after Labour Day, so we don't want to do that again," he said. "I believe that people will get the message. I think the fact that they are seeing our numbers go up, the people now see that this is the chance for us to not go any further in the wrong direction so, collectively, I'm pretty confident that our community will get together and help us go in the right direction, back towards yellow and lower numbers."