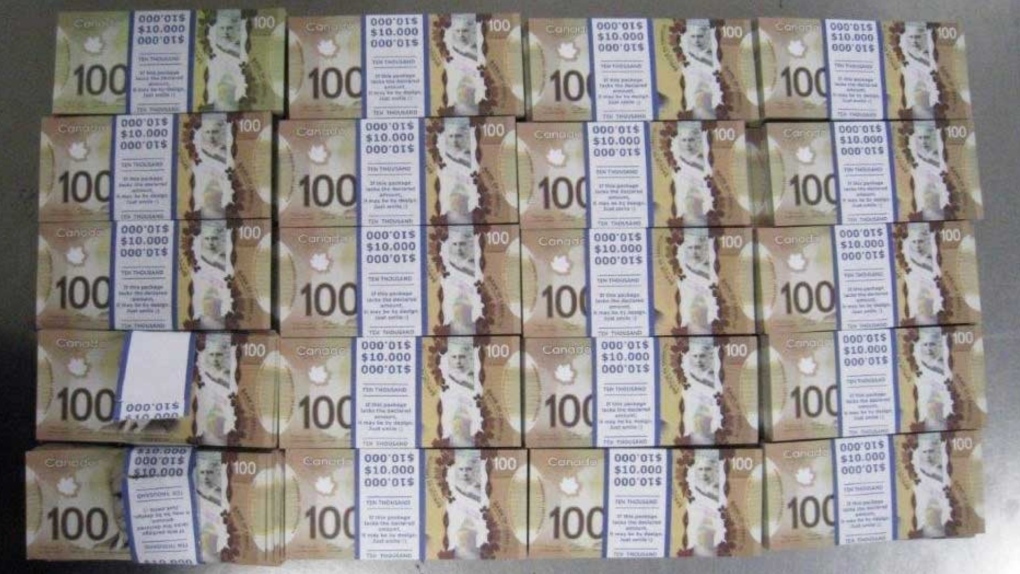 Mounties have made one of the largest seizures of counterfeit currency in more than 20 years.

In a news release, the RCMP say $1 million in "novelty" $100 bank notes was seized after the Canada Border Services Agency intercepted a package.

This led police to search a home in Gatineau, Que. A man and a woman were arrested and are expected to face charges. In addition to the stacks of phony cash, police also seized some electronic devices.

"The investigation revealed that the fake bank notes had been imported from abroad through an Internet website," the RCMP said. "According to the National Anti-Counterfeiting Bureau database, this was the largest seizure of counterfeit 'novelty' bank notes with anticipated charges since 2001."

The bills resemble Canadian $100 bills, but have features that are not found on genuine notes. The Mounties say it is illegal to possess bank notes that resemble genuine bank notes, even if they are of poor quality, and even if they come from legitimate websites.

The charges against the couple have yet to be announced.

You can see details about the security features of Canadian bank notes here.