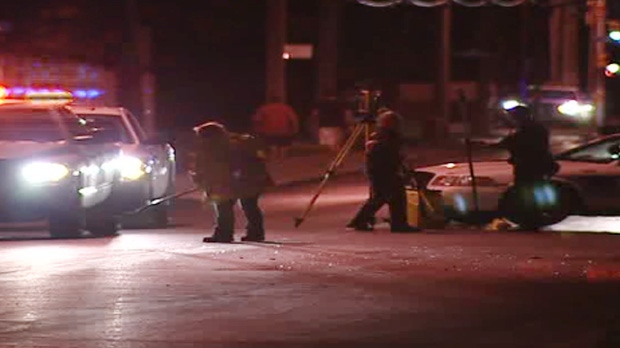 A 30-year-old motorcyclist was taken to hospital in serious condition after this crash in east Ottawa Thursday, Aug. 30, 2012.

A man remains in hospital after a crash between a car and his motorcycle in east Ottawa Thursday evening.

Ottawa paramedics said they were called to the corner of Cummings Road and Burleigh Private just after 6 p.m., where they found the 30-year-old motorcycle driver unconscious.

He was taken to hospital with severe head and chest injuries and was listed in serious condition when he arrived.

Ottawa police are investigating the crash, which closed a stretch of Cummings Road until just before 1 a.m.