Motorcyclist dead after crash near Maxville 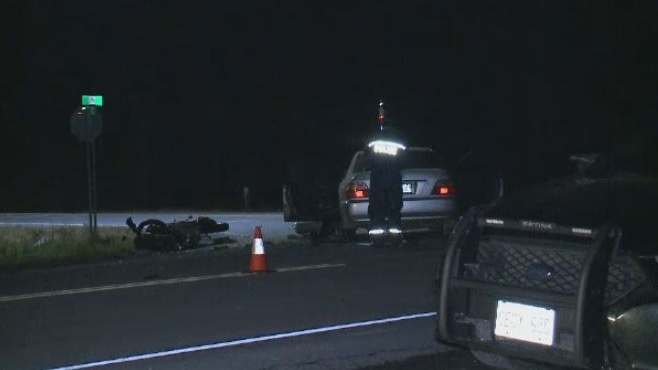 A motorcyclist is dead after a crash north of Maxville.

Ontario Provincial Police say the motorcycle was travelling northbound when it was struck by a southbound vehicle attempting a turn.

The man driving the motorcycle was pronounced dead at the scene.

He's been identified as 59-year-old Andrew Chisholm of North Glengarry.

The driver of the other vehicle was not hurt.