An age-progression sketch of what Emma Fillipoff could look like today is reigniting awareness around the former Perth, Ont. resident's disappearance in Victoria, B.C. 10 years ago.

"I remember the day Emma went missing as if it were yesterday," recalled Emma's mom Shelley Fillipoff.

Emma, described as compassionate, intelligent and a talented photographer, was living in Victoria in 2012.

"We had no reason to believe anything was wrong until these phone calls started," Shelley said.

In November 2012, Emma called Shelley asking her to come to Victoria and then called back, saying not to. Shelley went anyway and found out Emma had been living at a shelter.

"Acquaintances who would see Emma around were noticing that she seemed to be acting paranoid, lost, confused, not like herself," said Kimberly Bordage, an advocate and filmmaker producing a docuseries about Emma's disappearance.

Emma, who was 26 at the time of her disappearance, was last seen outside the Empress Hotel.

"Two officers came and spoke to Emma and assessed her for about 45 minutes and deemed her okay to walk away," said Bordage. "They didn't have any reason to hold her under the mental healthcare act."

To mark the 10th anniversary of Emma's disappearance, Victoria Police released a new sketch of what Emma may look like at 36 years old. 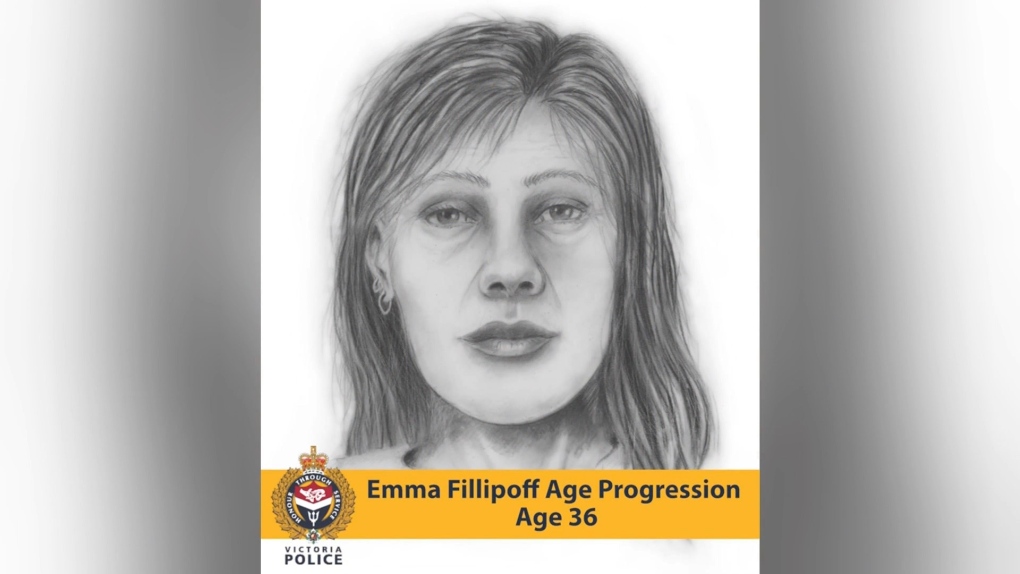 Police in Victoria, B.C. have released an age-progressed sketch of Emma Fillipoff, a Perth, Ont. woman who went missing in 2012. (Victoria police/handout)

"The hope with this photo is that it captures the essence of Emma," said Const. Terri Healy. "She had a very youthful appearance to her and we're hoping that can be portrayed through this drawing and that somebody somewhere might have information about her whereabouts."

While Shelley doesn't think the rendering truly looks like Emma, she says it's good to draw attention to Emma's story.

"I think it's going to take somebody in the public to help me find her," she said.

"Nothing says that she did walk away from her life or that there was foul play but also nothing says that those things didn't happen, so everything is still very much open," said Bordage.

Shelley hopes she will one day get answers about where Emma is.

The British Columbia government has introduced legislation to make Sept. 30 a paid statutory holiday marking the National Day for Truth and Reconciliation.

Germany, Denmark and the Netherlands announced Tuesday that they plan to provide Ukraine with at least 100 refurbished Leopard 1 battle tanks, a pledge that comes as Kyiv anticipates a new Russian offensive around the anniversary of its invasion.

A dog named Kujo will be euthanized after a B.C. judge determined the animal is "likely to kill or injure" if released from the pound.

Zoom is cutting about 1,300 jobs, or approximately 15% of its workforce. CEO Eric Yuan said in a blog post Tuesday that the company ramped up staffing during the COVID-19 pandemic, when businesses became increasingly reliant on its service as people worked from home. Yuan said Zoom grew three times in size within 24 months to manage demand.