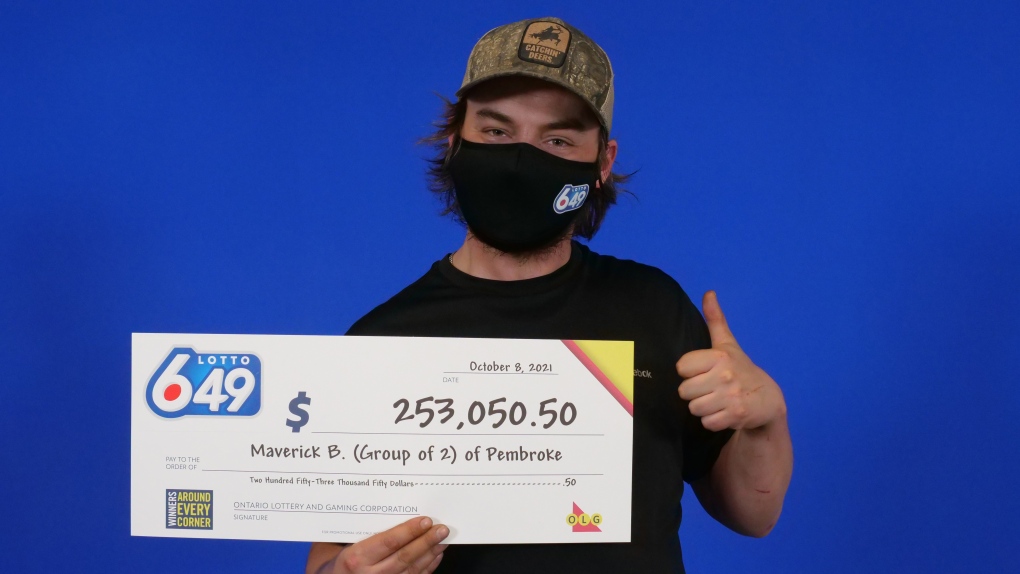 Maverick Bertrand, of Pembroke, Ont. collected the winnings from the Lotto 6/49 ticket he bought with his mother in Pembroke, Ont. (Ontario Lottery and Gaming Corporation photo)

OTTAWA -- A mother and son from Pembroke, Ont. who play the lottery together are more than $253,000 richer after a second-place win on a Lotto 6/49 ticket.

Corinne Tracey and her son Maverick Bertrand bought the ticket at the Metro on Pembroke Street for the June 12 draw. Betrand recently made the trip to Toronto to collect the winnings.

"She discovered the win when she checked the ticket at the store," he said in a release from the Ontario Lottery and Gaming Corporation. "She was with my grandfather, so he is the one who told me the good news. When I asked him how much, he told me it was enough to afford a limo to get to Toronto to collect my prize."

Bertrand says he plans to use his share to buy a house for himself and his mother.

"This win feels like a golden ticket to me. Just call me Charlie," he said.