Most Canadians would wait before returning to normal once COVID-19 restrictions end: poll 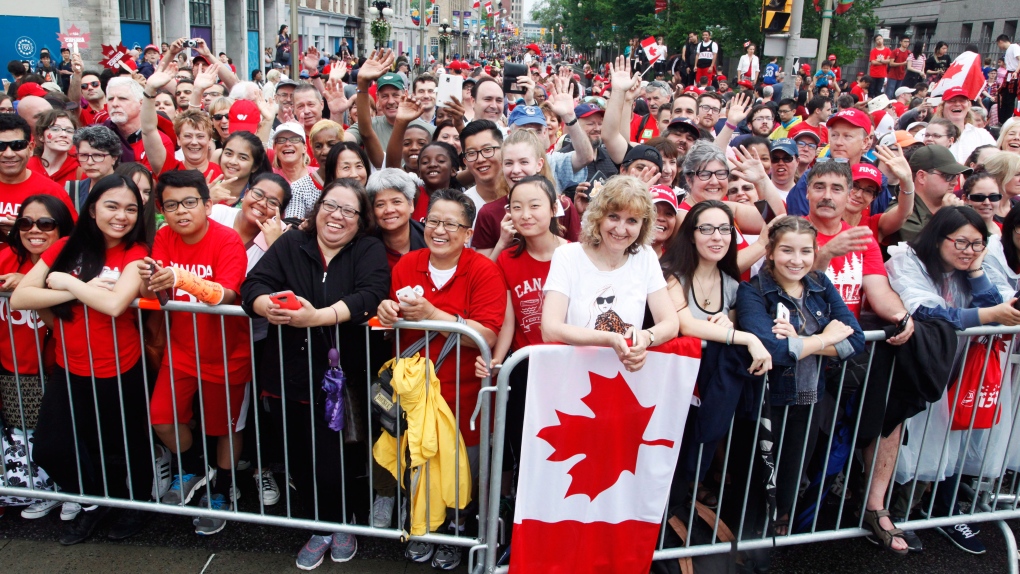 A new poll suggests Canadians aren't in a hurry to gather in large crowds even after COVID-19 pandemic restrictions are lifted. (THE CANADIAN PRESS/ Sean Kilpatrick)

OTTAWA -- A new poll suggests most Canadians won't rush to return to their once normal lives when the COVID-19 pandemic is over, but they do want restrictions lifted soon.

New cases of the virus continue to be reported across Canada and states of emergency remain in effect.

But the conversation is increasingly turning toward reopening the economy, which has been all but shut down for more than a month in an effort to limit the spread of the deadly virus.

A new poll by Angus Reid suggests many Canadians believe restrictions due to COVID-19 should be lifted by the summer.

Across Canada, 46 per cent of respondents said they believe their respective provinces should begin lifting restrictions by May or June. Twenty-eight per cent said they would want their provincial governments to wait three to six months. Seven per cent say they want restrictions to remain in place until after a vaccine is available.

Fifteen per cent of people across Canada want restrictions lifted by the end of April.

No hurry to get back to normal

You probably won't see big parties and strangers kissing in the town square the moment restrictions are lifted. While many Canadians say they're hopeful restrictions end soon, only one in ten said they would resume their former lives immediately. Most seem content to wait the pandemic out a little longer, even if their provincial governments give the all clear. 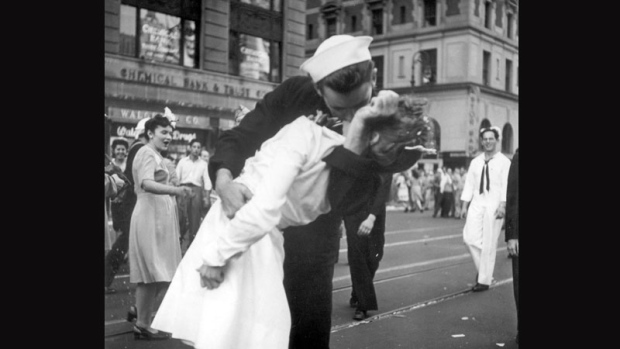 The plurality of respondents, 43 per cent to the Angus Reid poll said they would wait until no new cases are reported in their respective provinces for two weeks before returning to regular routines. Another 28 per cent said they'd wait until a "significant" decline in the number of new cases, while 17 per cent of respondents nationwide want to wait for a vaccine.

Parks and workplaces should open first

What does the return to normal look like? For many Canadians, getting back to work and having somewhere to be outdoors are high on the list.

Fully half of all respondents to the Angus Reid poll said, if restrictions are lifted gradually instead of all at once, they want parks to open first. Workplaces are a close second, followed by retail stores, golf courses, salons and personal care businesses, then schools, bars and restaurants, and movie theatres.

When it comes to accurately recognizing the threat posed by COVID-19, many Canadians have high praise for their premiers and public health officials. Less so for the Prime Minister and even less for the media.

Eighty-five per cent of Canadians believe their premier and their public health officials did a good job handling the pandemic.

Opinions are split on Prime Minister Justin Trudeau's handling of the pandemic with 49 per cent of Canadians saying he judged its severity accurately. Forty per cent of Canadians said the PM didn't take the pandemic seriously enough, while seven per cent believe he exaggerated the risk. Canadians in Atlantic Canada and BC (60% each) were the most likely to say the Prime Minister recognized the risk accurately. Only 33 per cent of Albertans said the PM was accurate in his assessment of the virus. 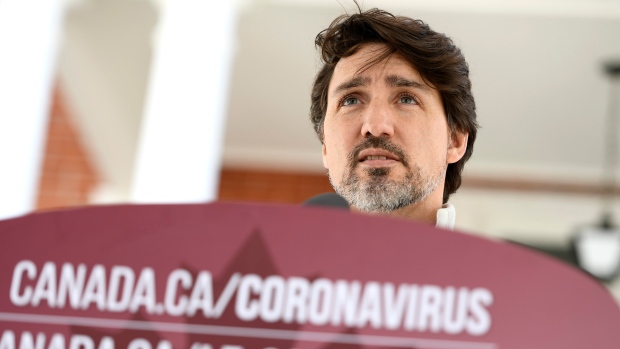 Ninety-four per cent of Canadians believe frontline health-care workers did a good job.

The media was the most likely culprit to be blamed for exaggeration. While 46 per cent of Canadians still said the news media reported the risk of COVID-19 accurately, 29 per cent said it was exaggerated by the media.

The Angus Reid Institute conducted an online survey from April 15 – 17, 2020 among a representative randomized sample of 1,912 Canadian adults who are members of Angus Reid Forum. For comparison purposes only, a probability sample of this size would carry a margin of error of +/- 2.2 percentage points, 19 times out of 20. Discrepancies in or between totals are due to rounding. The survey was self-commissioned and paid for by ARI.

Trudeau promises stockpile policies to get overhaul to prevent waste

Reports suggest many have had coronavirus with no symptoms