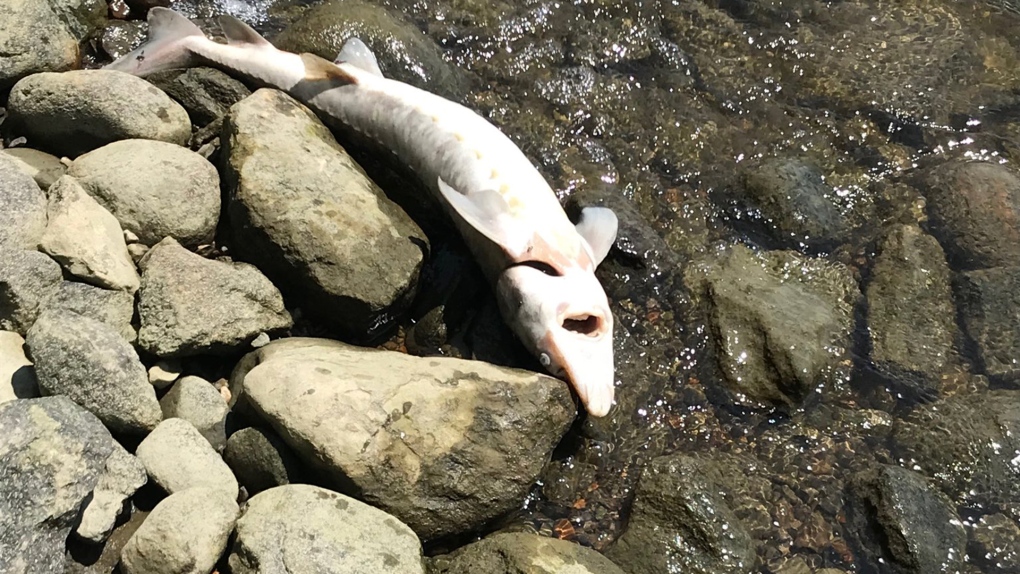 A dead fish washes up to shore from the Ottawa River. (Joanne Schnurr / CTV News Ottawa)

More dead fish were confirmed near Lièvre River just days after hundreds were found killed in the same area.

Officials with Ottawa River Keeper say more tests were done on this second wave of dead fish. It is believed this second instance could also be related to a chemical spill.

“We again found a wide array of dead fish, many different species, so that tends to eliminate the possibly of bacteria or disease,” said Patrick Nadeau, Executive Director with Ottawa River Keeper.

The Federal Government is also doing an investigation.

More details are expected from those tests.