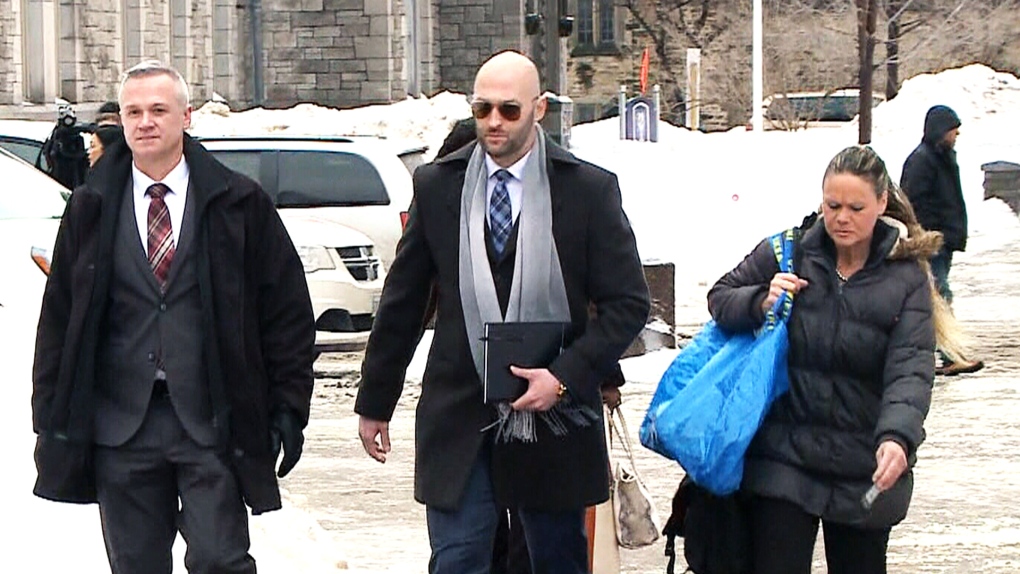 The trial for Constable Daniel Montsion resumes this morning at the Ottawa Court  House on Elgin Street. Montsion is charged with manslaughter, aggravated assault and assault with a weapon for the 2016 death of 37-year-old Abdirahman Abdi outside his Hilda Streeet apartment building in Hintonburg.

The trial has been on hiatus since Const. David Wier, the other officer on the scene testified in June. Weir ws the first officer on the scene after calls about a series of sexual assaults in and around the Bridgehead Coffee Shop that July day in 2016. Weir had attempted to arrest Abdi before a foot chase from Wellington Street West ended at 55 Hilda Street where Montsion assisted Weir and where Abdi suffered injuries and later died in hospital.