MONKLAND, ONT. -- A group of dedicated volunteers north of Cornwall have been hard at work revitalizing their village community centre, but they're in need of donations and volunteers so they can offer more to the community.

"Six to seven years ago it was going to be condemned because the windows were old, the building was old and it wasn't being used," said resident Stan Bulmer, who is on the community centre board.

"The township thought they could make more money just by selling it, but the board jumped in at the time and said they would try to do something," Bulmer added.

Built in the 1940s, the building was once a school, and it needed upgrades in several areas including windows, air conditioning and heating, and a new ceiling.

A lot of that work has been done over the past two years.

"We have reopened it, we've rented it as much as possible during COVID," added Bulmer. "This is the hub. If this wasn't here, Monkland would start to spread out more and more." 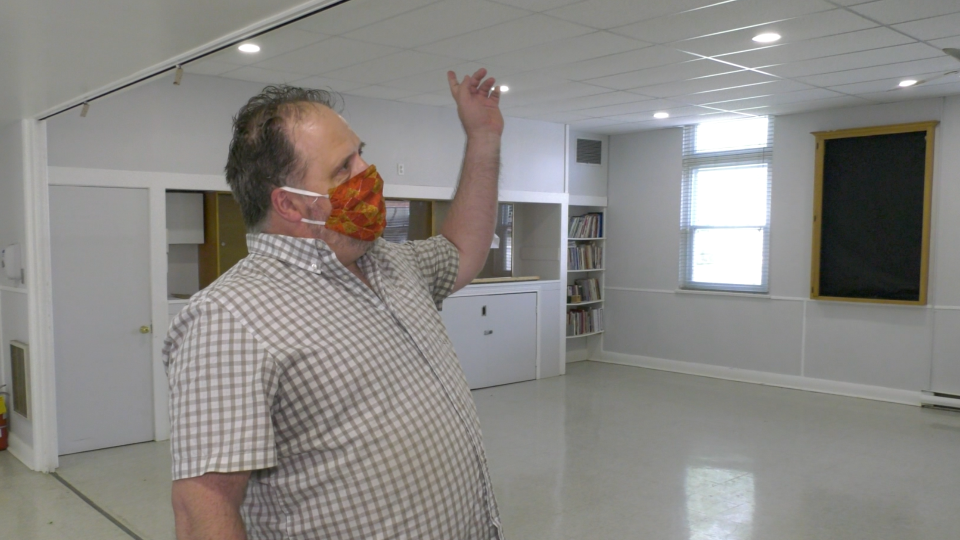 The village sits about 20 minutes north of Cornwall, and is home to around 500 people.

"I've been here 21 years; we've seen three generations of kids come through and we're bigger now," Bulmer said. "The kids are coming back into the neighbourhood and we've got people's grandkids that are starting to play, too."

Matthew and Carol Shea are the president and vice-president of the board. As grandparents, they say the next step is to bring in a playground and other items for kids, with the old ones condemned and removed over the last year. 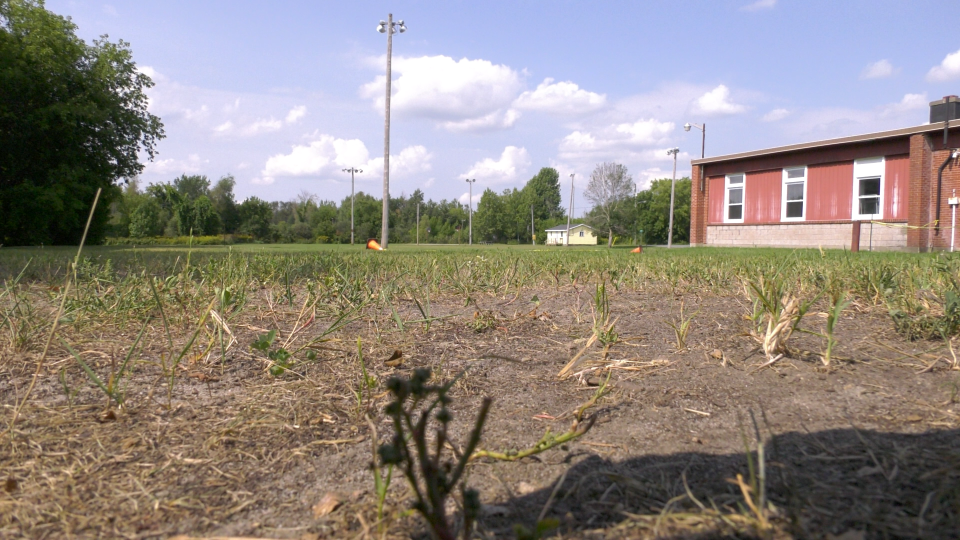 "It's important that the kids can get together and socialize," said Matthew. "Especially here, there are a lot of rural kids so if we can get them to come into town to play together I think it would be a benefit to everybody."

The group has been holding flea markets on weekends and bottle drives to raise money, which have both been successful, but are looking for more help to make that dream come true.

"Coming up with the money, that's the issue," Matthew added.

Steve Densham, a North Stormont councillor, has been impressed by the work on the building, saying volunteers among the small population of 6,400 people in the municipality are what keep these centres running.

"With that size of population and the number of assets we have, because most of the villages have their own community centre, you can't support that strictly through taxation," Densham said.

The municipality owns the building, and pays the utilities. He said the council has also amalgamated the six rec groups in the area in the past term.

"They were kind of acting all independently but more recently we've grouped them together under one amalgamated rec so they are sharing best practices, they are leveraging off each others expertise to be able to learn how to do things more efficiently," Densham said.

"A lot of things we enjoy here in North Stormont in terms of recreation would never happen if we didn't have the volunteer base that we do," he added.

"It takes leadership. So, when people like Matt and Carol step up and create some momentum, that's when we see stuff really happening," Densham added. "Each community really wants to have their own identity and it is community centres like this that perform as a hub for that identity."

The committee recently received a donation from Canadian Tire in Cornwall to continue to grow, and are hoping others can step up to help.

"If you have one strong corporation that would be able to make a significant donation, I think that would go a long, long way," Densham said, adding that many small businesses have also stepped up and offered donations as well.

The committee as also been applying for government grants, receiving $10,000 two years ago. That money was spent on the many upgrades.

Last winter, the group even built a hockey rink for kids, but were the victims of theft this summer when both hockey nets were stolen.

"There was other valuable stuff in (the shed) but that's all they took," said Matthew. "And there is demand for another rink so we are trying to also raise funds for that." 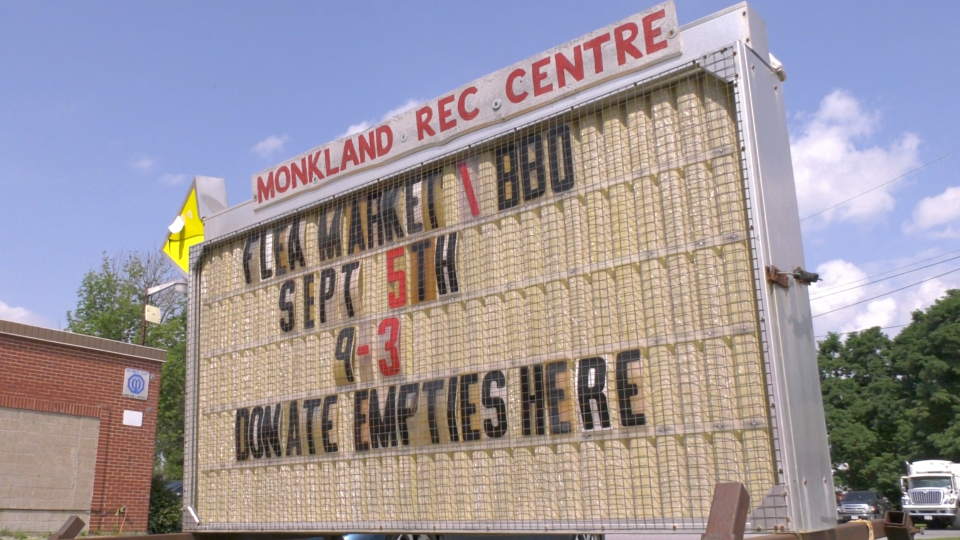 "They're all dedicated people so that makes a difference," said Bulmer, who says he can see big things in the future on the property.

"We hope to have a substantial playground; we hope to have this as a meeting centre for people," he said. "We also have ideas for things as much as concerts and bingo and movie nights in the back field, which we still have the lights up from the baseball diamond."

The diamond was also removed because it was unsafe. Two new basketball nets stand in its former location.

"For us to be able to bring our kids over to a park within walking distance would be nice," said Carol. "It would be great to have some sponsors, or volunteers, or donations. Anything would help at this point."

Residents are also taking notice of how much work has been done, like Dave White, who has lived in Monkland since 2003.

"Since they've taken over it's been like day and night. The place was literally falling apart," White said. "We've got new windows all around, the leaking roof was fixed, central air was put in, and there was renovations on the inside.

"It means a lot. It put us on the map with the flea market that's held here," White added. "We've had vendors from all over come in. Sometimes the place is packed with vendors. As people are passing by on County Road 43, they notice those things and they stop.

"I'm a proud person that lives in Monkland and I want to do my part too in the helping out," he added. "I'm a volunteer—not on the board—I'm 70 years old, but I do help in many ways here when I can."

A GoFundMe page to collect donations has been started, with the aim that over the next few years, the centre will be the hub of the community once again.