Mom injured in tornado at Dunrobin mall rebuilding her life 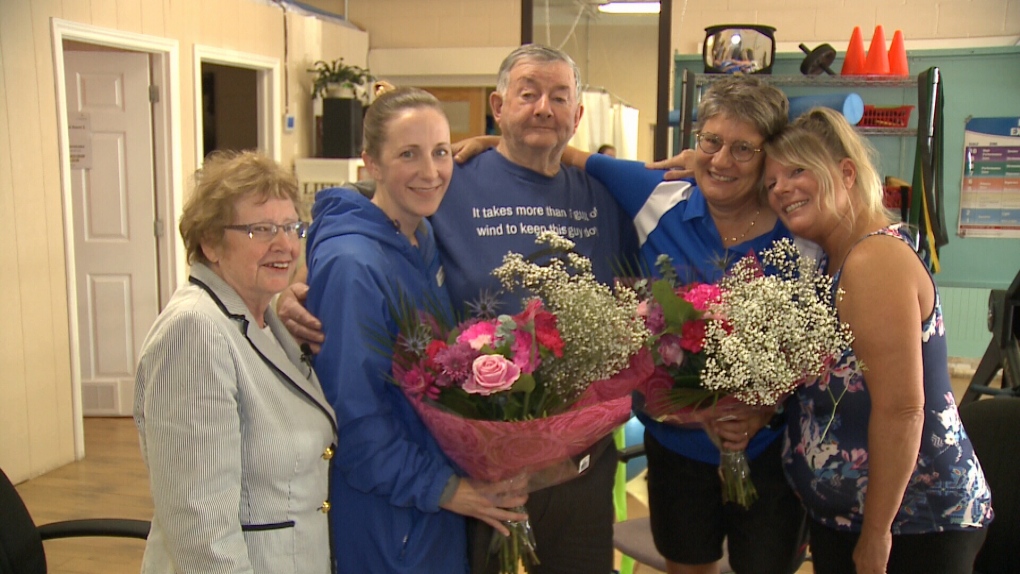 Every time a strong gust of wind kicks up, Shari Rochon reacts.

It's been a year since she was impaled by a glass door, after a tornado hit the Dunrobin mall.  CTV News spoke with two survivors, who reflect on the physical and mental toll that day took and their long journey to recovery.

Four days a week, Shari Rochon is in the water here at Liquid Gym in Ottawa’s west end.

With the help of her therapist Lindsay, she is working on regaining her strength and rebuilding her muscle, after multiple surgeries and months of recuperation.

“It’s so therapeutic,” she says, “and allows me to feel no pain.

Pain is a constant reminder, though, of that day September 21st when, within seconds, life changed.

“I thought I was dying, I truly did,” she told CTV news from a hospital bed a month and a half after the tornadoes.

Shari was inside the Dunrobin mall when the tornado struck. Her 14-year-old son Jack waited in the car while she ran in to get ice cream for both of them; a decision that saved his life but nearly took hers.

Shari caught the full force of that tornado. A glass door flew off and impaled her side.  Her spleen was destroyed, her spine shattered, the muscles in her side ripped apart.

The emotional scars are much harder to see.  Shari has been diagnosed with PTSD.  Her son, Jack, has his trigger moments, too.

“He grew up pretty fast, I will tell you,” she says, “It is unfortunate that Jack and I share that trauma.”

Karen Snyder is the owner of Liquid Gym.

“She has gone through a lot,” she says, “As with anybody, they are rebuilding their life as they can.”

The exercises in the water help.  Snyder says the water eliminates 90% of the body weight and has helped Shari deal with balance and pain issues.

“I was with her the first day in the water,” she recalls.  “I got her in and she was very nervous but as soon as she started walking (on the underwater treadmill), it was freedom because she could walk without pain.”

Still, there is frustration on Shari’s part.  The full-time mom and full-time government worker struggles with the simplest tasks now, she says.

“It’s hard because I used to have so much energy.  With my job, I never sat my butt down and now sometimes it’s even trying to get up from a sitting position.”

Shari was introduced to the Liquid Gym by Adele Muldoon, whose husband Leo was doing his physiotherapy there after being blown off a barn during the tornado.

The connections are many; tornado survivors Todd Nicolson and Emily Glossop helped create “Rebuilding Communities through Sport,” focused on giving families affected by the tornadoes a special opportunity to gain easy and free access to sport activities. That’s how the Muldoons and Shari Rochon ended up at Liquid Gym.  Their gratitude spills over.

“Lindsay and Karen,” Adele Muldoon told the pair today as she presented flowers to them, “Leo, Shari and I want to thank you for all you've done.  You've given me my husband back.”