A unique musical is set to take the stage in Brockville this weekend, put on by local youth. It’s all thanks to a program aimed to get young people interested and involved with the arts.

The stage at St. John's United Church has been a busy spot, with rehearsals ongoing ahead of a new musical which opens Friday night called Scantily Clad.

"You will laugh and cry and it should appeal to everyone in the family," said Scantily Clad Music Director Chris Coyea. "It's a musical melodrama. It's over the top with a wonderful score. If you've ever seen a Dudley Do-Right cartoon, then you will have seen these characters."

The play is a mix of comedy and 20 original songs written by two Brockville locals, composer Howard Alexander and writer Deborah Dunleavy.

It focuses on the rum running that happened along the St. Lawrence River during 1930s prohibition.

But it's the cast that makes the show special, all part of a non-profit organization called Youth Opportunities in the Arts (YOA), started by a group of retired teachers who noticed art programs were suffering in schools.

"We wanted to do something that would supplement the arts and allow opportunities for young people to practice their craft," said Coyea, who chairs the group.

"We always saw the excitement and enthusiasm in schools when students were involved in shows or singing," added retired teacher and Scantily Clad Director Harold Hess.

"I've been fortunate to be participating in community theatre for many years and it's always wonderful to have the young people involved with shows because they learn so much about being a leader, being a team player," he added. 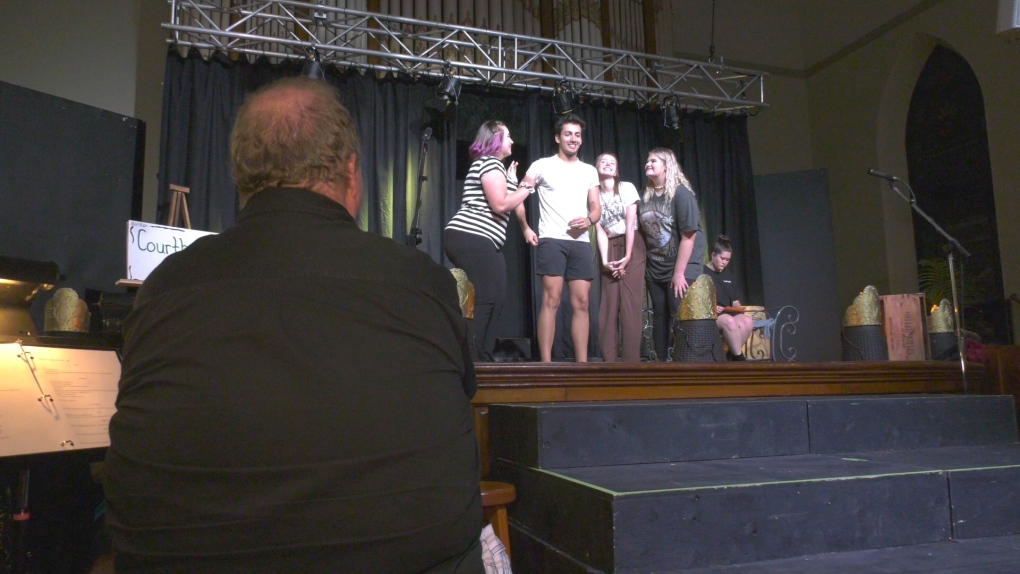 Out of a cast of 12, 11 are from the program, including Drew Morely, a St. Lawrence College theatre graduate, and Andrea Romero from Brazil, who is currently enrolled in the course.

The YOA works with 13 to 30 year olds, providing other art workshops throughout the year like paint nights and writing courses, while fundraising along the way. The program is free to join.

"We have students from Morrisburg, from Kemptville, from Mallorytown, it's wonderful," added Coyea. "That's exactly what we want."

"There's some people, they play hockey, they play soccer, it's not always for everybody, but you can learn similar skills by being in the arts and doing things on stage," said Hess. "It's a great growth opportunity and I've always felt very passionate about that so I am excited by what we are able to support."

"You're all on the same page, you're all at the same level, everybody depends on each other equally," he added.

Hess notes that a background in the arts is not needed to join the YOA, so if acting isn't their thing, youth could try their hand at choreography, stage managing or even join the pit band.

"That's what we want to do, we want to hand things off to the young people and say, 'OK, why don't you do that and see what you can make happen' and that's where they learn," Hess said.

"We have a young lady in this cast that never did any singing before ever, and she's involved," added Coyea. "We have others who have sung from the time they were 7 years old. There's room for everyone."

For those in the program, their advice to others who may be interested, is to take that leap and come see what it's all about. 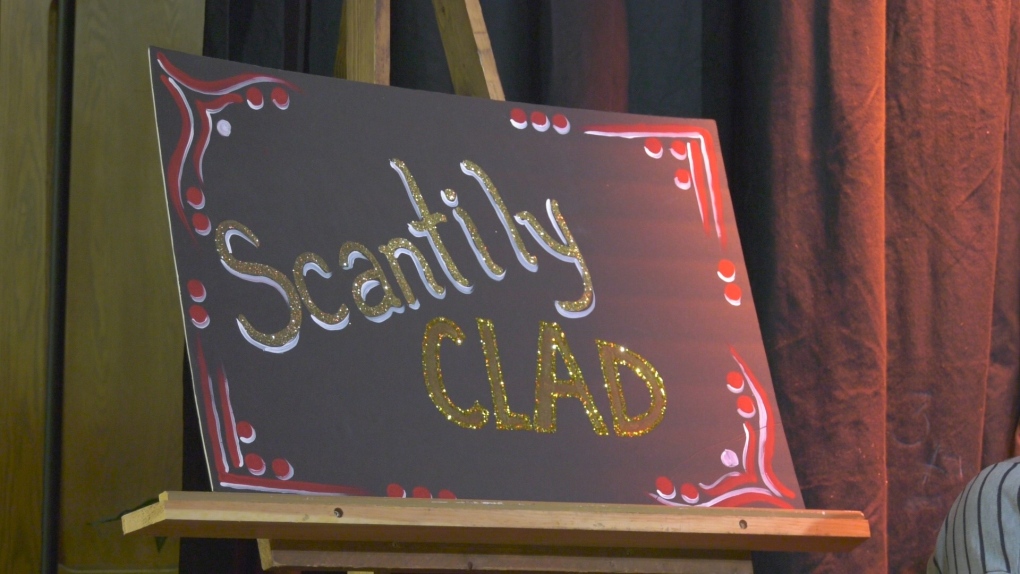 "(There's) something about the YOA, a lot of the people that are a part of the YOA and have started it, really give that sense of home," Morley said. "I for some reason just always just keep coming back, there's something about it."

"It's been an amazing experience," added Romero. "I feel like if anyone wants to get into the arts or you kind of want a taste of that it would be, get into something like this. All the experience, all the frends that you make, I think it's worth your while."

"We find that the local students like the high school students, once they've done one show with us, they tend to stick with us until they are off to university," Coyea said. "Then we lose them, but hopefully then we have a new group coming from behind."

"It's just an opportunity," added Hess, referring to the organization name. "And maybe we can provide and support that for them."

Scantily Clad hits the stage on Friday and Saturday nights starting at 7 p.m. Tickets are $20 for adults, $10 for students and kids 12 and under at free.

More information can be found at the Youth Opportunities in the Arts Facebook page.

After hammering Atlantic Canada, post-tropical storm Fiona has moved inland in southeastern Quebec, with Environment Canada saying the storm will continue to weaken as it tracks across southeastern Labrador and over the Labrador Sea.