Warmer winter in the forecast for Ottawa: Environment Canada 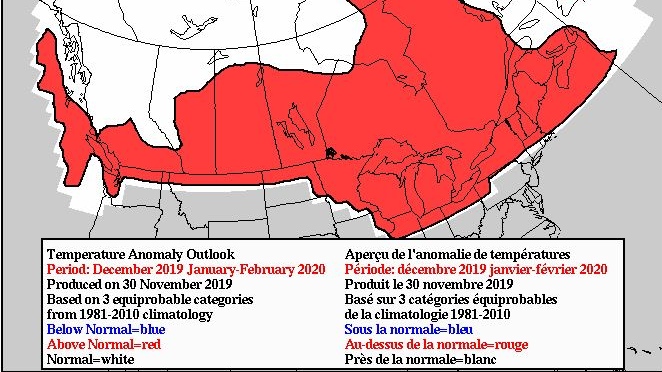 OTTAWA - Canada's top forecaster says it won't be a "memorable" winter for Ottawa.

Environment Canada’s winter forecast calls for above normal temperatures for most of Ontario and Quebec through December, January and February.

Speaking on CTV Morning Live, Environment Canada senior climatologist David Phillips said December will be "milder than normal." Phillips the air flow will come from the west and the south, meaning a milder winter for Ottawa.

In November, the Weather Network predicted a “classic Canadian” winter ahead.  The forecast called for “above normal” precipitation for Ottawa, Montreal and Toronto.

If you're dreaming of a White Christmas, Phillips said he would bet a "few loonies" that snow will be on the ground for December 25.