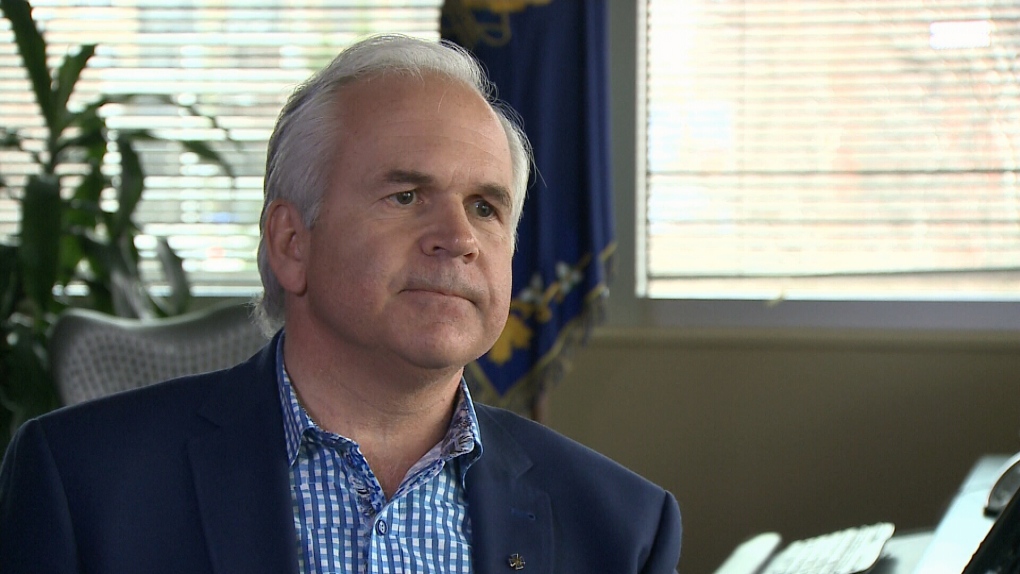 OTTAWA -- Ottawa's former police chief says he is "very disturbed" by an internet video that appears to target new Ottawa police Chief Peter Sloly, and he is calling on the Ottawa Police Association to condemn "how disgusting" the video is.

The video titled "Chiefy Sloly and the disgusting racist meme," plays subtitles over a scene from the movie Downfall. The context of these subtitles appears to be specific to the Ottawa Police Service and Chief Sloly, and captions the character of Adolf Hitler in the film as Chief Sloly.

The video includes several allegations through its captions, including suggestions that Chief Sloly is treating white officers unfairly.

"First and foremost, I've been very deliberate not to comment on policing issues, local policing issues in respect to the new leadership. I know what it is like when a previous chief makes comments on a current chief, so I've been staying away from that," said Bordeleau.

"But when I saw this latest meme, I was very disturbed by it, saddened. It's a vile video and to compare Chief Sloly to Hitler is a new low."

CTV News Ottawa has viewed the video, but will not be distributing it further.

"Policing has its challenges these days with trust and confidence, with the defunding movement and I think this creates a further divide," said Bordeleau.

"Not only internally, but between police and community and we don't need that at this point in time in policing."

Chief Sloly replaced Bordeleau as police chief nearly one year ago. Bordeleau says he has confidence in the work of the new chief.

"What Chief Sloly is trying to do is to further advance a change in the culture of policing, which is going on across Canada not only in Ottawa. Dealing with gender issues, dealing with diversity issues, making sure there is a level playing field for every member of the Ottawa Police Service to advance."

Bordeleau said he was "pleased" to see Chief Sloly advancing the work started under his leadership within the Ottawa Police Service.

"It's change, and it's the pace of change. Police are renowned for very adverse to change," said Bordeleau.

Earlier this month, Ottawa Police Association President Matt Skof accused Chief Sloly of failed leadership for his response to a traffic stop in which an officer was accused of racial profiling.  Skof said Sloly had "inflamed the workplace" when he published an op-ed in the Ottawa Citizen in response to the incident.

Bordeleau said he was "surprised" the Ottawa Police Association criticized the chief so early in his tenure, but said it's important for the union and the police leadership to work together to "support our members to do a very, very difficult job."

Newstalk 580 CFRA host Leslie Roberts asked Bordeleau if there was systemic racism in the Ottawa Police Service, noting Skof said there was no racism within the service.

"I think there's systemic racism that exists in policing. Systemic racism speaks to your systems that are unfairly treating people that are from racialized communities," said Bordeleau.

Bordeleau tells Newstalk 580 CFRA he has confidence in Chief Sloly and the members of the Ottawa Police Service to make the changes necessary moving forward.

"I think that's why the community needs to come together to ensure that we support the chief, we support the direction of the police service and that includes the Ottawa Police Association," said Bordeleau.

"I'd like to see them come out and make a comment on it, and stand in solidarity in how disgusting this meme is."

Newstalk 580 CFRA's Leslie Roberts asked Bordeleau if Chief Sloly is facing criticism because he is the first Black police chief in Ottawa history.

"I think that may be a factor in this, but I think Chief Sloly has been very careful and very clear that he's aware that some people may judge him because of his race," said Bordeleau.

"But he needs to be judged on what he's trying to do and his actions and the decisions that he's making in advancing the Ottawa Police Service."

The article incorrectly attributed a quote to Chief Sloly. The statement, "It's change, and it's the pace of change. Police are renowned for very adverse to change" was made by Charles Bordeleau.