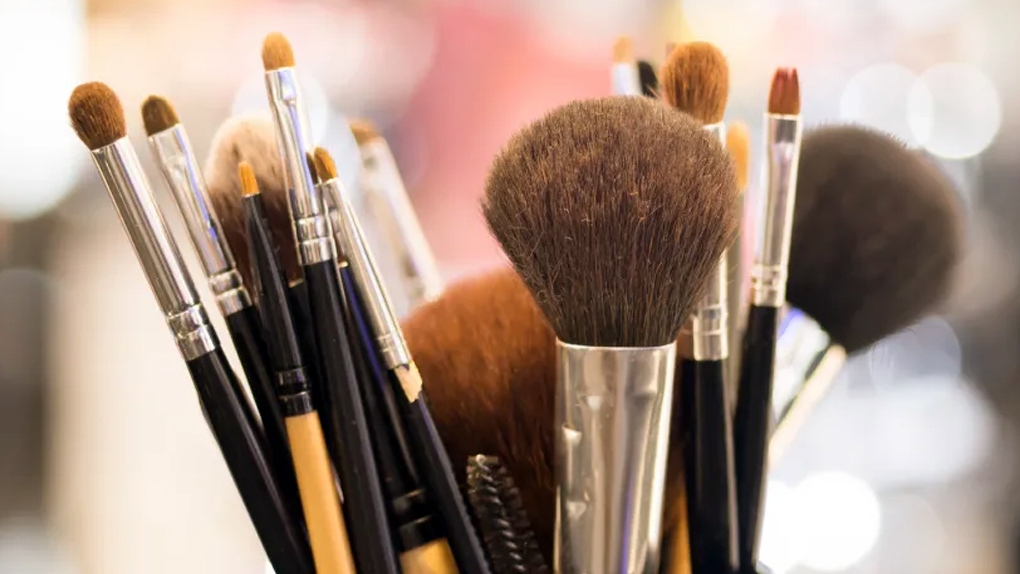 OTTAWA -- The following article is presented in partnership with CTV Ottawa and the Carleton Journalism Society.

Project J is a contest to recognize excellent reporting at Carleton University.

CTV Ottawa chose from a list of entries to publish an article that exhibits excellence in enterprise journalism.

Congratulations to Miranda Carey for her winning submission.

Not long after ringing in the new year in 2017, Shannon Rumble was sitting in her living room in London, Ont. scrolling through an online marketplace on her smartphone.

Her eyes landed on a listing for the Anastasia Beverley Hills eyeshadow palette she had been longing for since its release four months prior. She contacted the seller and received her product shortly after.

The following morning, Rumble was getting ready for work when her eyes became increasingly itchy and inflamed. Hours later, she said a rash formed on her eyelids. She then requested a refund, only for the seller to block her instead.

Fake cosmetics on the rise in Canada

Unfortunately, this is becoming more and more common as counterfeiters continue to get better at fooling the average consumer. In regard to cosmetics, the fake makeup industry is booming with the help of YouTube personalities.

Canadian YouTubers such as Sarah Tanya have gained virtual fame by publishing videos comparing authentic products to their phony counterparts. In a video posted on her channel with over 550,000 views, Tanya shows her viewers her severely infected eye and blames a counterfeit Kylie Cosmetics ‘Kyshadow’ palette.

Hundreds of videos across the internet containing similar subject matter are receiving millions of views. Social media influencers can be seen sharing their gory encounters with fake makeup, with some such as Chrissy Sandhu describing how her lips and mouth went numb after applying counterfeit Lime Crime lipsticks.

Eleni Tsorovas, a former brand protection co-ordinator at Kestenberg Siegal Lipkus LLP law firm in Toronto, said fake beauty products in particular are crucial to look out for because of the inherent risk they pose.

“We put them on our bodies. We ingest them,” said Tsorovas. “They’re applied onto your skin; they get into your system.”

In her four years of experience in investigating counterfeit products at the Kestenberg law firm, Tsorovas said perfume is one of the toughest products to detect as fraudulent. She described some of the ingredients in the concoctions as hazardous.

“What’s (possibly used) is urine or anti-freeze,” said Tsorovas. “They will use anything as a replacement neutralizer and that creates huge health problems for people.”

Many consumers are aware of the selling of counterfeit goods in shady side streets of cities such as Toronto and Montréal, but some vendors have found a new home: the internet. There, they are nearly untraceable and can easily avoid running into trouble with the law.

Lorne M. Lipkus, partner of the Kestenberg law firm, said the online presence of fraudulent merchants continues to increase each year and the general increase in the online sales industry is to blame.

When Lipkus first started investigating counterfeits, he said it was very rare to have virtual access to them. When consumers found them in actual marketplaces, it was rather easy to tell the products were illegitimate.

“Counterfeits used to be very poor quality and were primarily sold in places like flea markets and warehouses,” said Lipkus. “With sales like three t-shirts for $10, who would think they were real?”

However, counterfeiters are becoming smarter. Knowing that the price of a product is typically a good indicator for buyers to detect something as fake, many vendors are pricing their merchandise at the same price as the original. In certain cases, Lipkus said some are even selling above the actual retail price as a way to confuse consumers.

Online marketplaces are infamous for selling counterfeit cosmetics. All it takes to find a knock-off Urban Decay lipstick is a quick search using those five exact words. Press enter and right in front of you will be an abyss of imposters.

While many individuals would ensure the high-end product they wish to purchase is legitimate considering how much they are willing to pay for it, others are indifferent. Lipkus said despite the price being the biggest indicator in most cases, some consumers knowingly opt for a brand’s fraudulent counterpart.

Lipkus added that unless a buyer is aware of the dangers of counterfeits, they will almost always be drawn toward the better deal. This is because of the common misconception that the “big companies are just trying to scare people” into only purchasing directly from them at full retail price.

Fortunately, victims such as Rumble can bounce back from purchasing fake goods by requesting aid from the Canadian Anti-Fraud Centre (CAFC). The CAFC helped 12,130 victims of counterfeit fraud recover an estimated $4.2 million in 2018, a study by the Better Business Bureau reports.

Barry Elliott of the CAFC strongly encourages consumers to depend on their credit cards when making non-local transactions. With policies set in place by both Visa and MasterCard, people are guaranteed to receive a full refund by using credit instead of debit.

“A lot of people don’t know they have 100 per cent refund protection on their credit card if what they buy is counterfeit,” said Elliott. Those with Visa credit cards have access to 540 days of protection upon purchasing goods, while MasterCard provides its credit card users with 120 days.

Elliott described the refund process as being quite simple, with consumers being able to contact the CAFC directly for help.

“All we need is the name of the website where they bought it, the name of the merchant that’s on the credit card statement, the alleged brand name, the date, and the amount paid.”

Some cases, however, are not so simple. With thousands of transactions being made daily through websites such as eBay and Amazon, listings are bound to be reported and removed. When this happens, complications arise.

“If there’s no longer a website link to it, we’ll ask the victim to send us photos of the products,” said Elliott. Those photos are later sent to the legitimate brand’s law firm to figure out whether or not it is real.

As part of Visa’s policy, counterfeit victims do not have to return their products. This was agreed upon with the CAFC in an effort to ensure merchants would be unable to redistribute the returned item.

“We want the bad guys to lose the cost of not only producing and shipping the product, but also not getting it back,” said Elliott.

Spotting the difference between real and fake

With counterfeiters getting better and better at replicating the packaging of beauty products, it can be difficult to know whether or not you have been duped.

Tsorovas said the first indicator is the price: if you find high-end cosmetics listed online at a much cheaper price, they are likely fake. The profit margins for these products are tight, so they do not typically have crazy sales.

“If the URL of a retail website has really odd characters or doesn’t finish in ‘.com’ or ‘.ca’, that’s a reason to be suspicious,” Tsorovas added.

Lipkus advises consumers to pay close attention to the labels of products they wish to purchase, as counterfeiters will have likely made grammatical or spelling errors. The colour of a package or even the spacing of letters can help them detect whether the item is authentic or not.

“If I was buying something that was at all important to me and I didn’t look out for those things, I run the risk of buying something not only that is counterfeit, but it could be dangerous and harm me,” said Lipkus.

Not limited to health concerns, Lipkus stressed the dangers of accidentally supporting the background criminal enterprises which fraudulent cosmetics are produced under.

“Because counterfeits are being made in large amounts by unscrupulous criminals who use child labourers, forced labour, and they support organized crime, I’m very mindful of not buying even a non-dangerous product from somebody who is not [a legal seller],” said Lipkus.

Rumble said the aftermath of using counterfeit makeup taught her to no longer trust online merchants. Her future purchases will all be made in-store.

“I ended up buying the real palette after,” said Rumble. “Then I picked out every little thing that was wrong on the fake. The back of it had a ton of spelling mistakes.”