Surviving a heart attack, cancer and a heart transplant: Kingston man looks to the future thanks to the University of Ottawa Heart Institute

OTTAWA -- When Kingston’s Richard Hogan reflects on his health journey during the past two years, he recounts an astonishing story of one crisis after another; heart attack, kidney cancer, and a heart transplant.

Life has been fragile.

"I figured I had one good year and then the complications would get worse," said the 51-year-old.

Hogan’s health problems began on Christmas Eve, 2018.  A short walk with his son’s dog left him short of breath and in pain.

"My chest felt like there was a vice on it," said Hogan.

Hogan, a husband and father of two, says he had been slightly overweight, but was otherwise relatively healthy. So, when he came through the door of his home, complaining of feeling unwell, he believed he was likely having an anxiety attack.

"And I at first, I did not believe that he could be having a heart attack," said Richard’s wife Ruth.

"I thought he was too young."

But when the pain intensified, Hogan chose to take his symptoms seriously.  He asked Ruth to call 911. 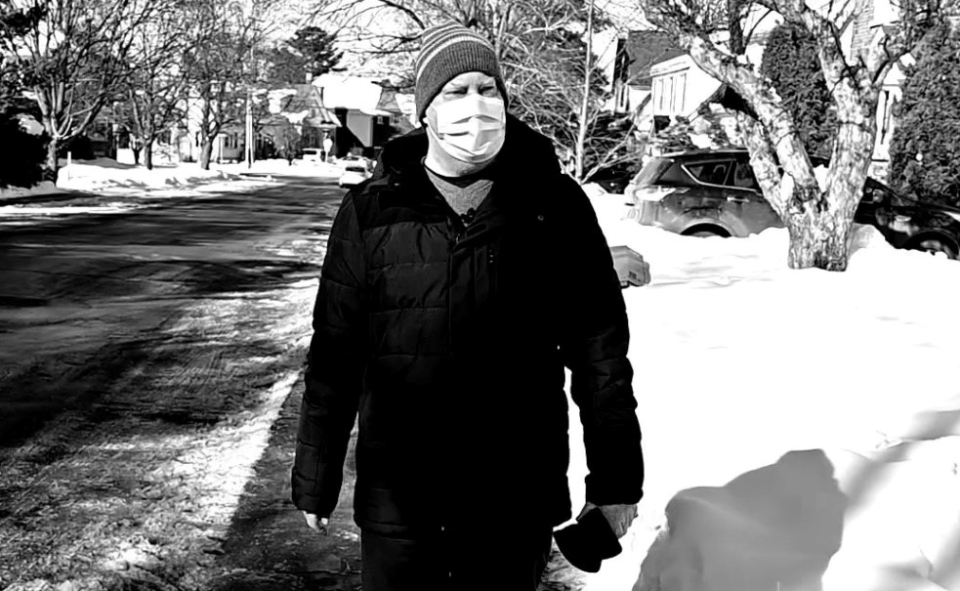 Confirming his heart attack, paramedics rushed Hogan to a Kingston hospital where he received a stent to open a blockage.

"But at that time the heart attack was serious enough that it damaged the left side of my heart."

After two months, he was still feeling faint and nauseous.  Doctors discovered a hernia, and following an X-Ray, another more urgent health issue.

"They found a lump on my kidney, which was cancerous. And I had to have my kidney removed," Hogan said.

Following that procedure, Hogan’s health continued to slide. While trying to sleep, he had trouble breathing.  He now had congestive heart failure, his heart too weak to pump fluids from his body.

"Literally I would feel like I was drowning when I was trying to sleep," said Hogan.

A defibrillator was implanted to support his heart, but 2020 was far from a year of recovery. 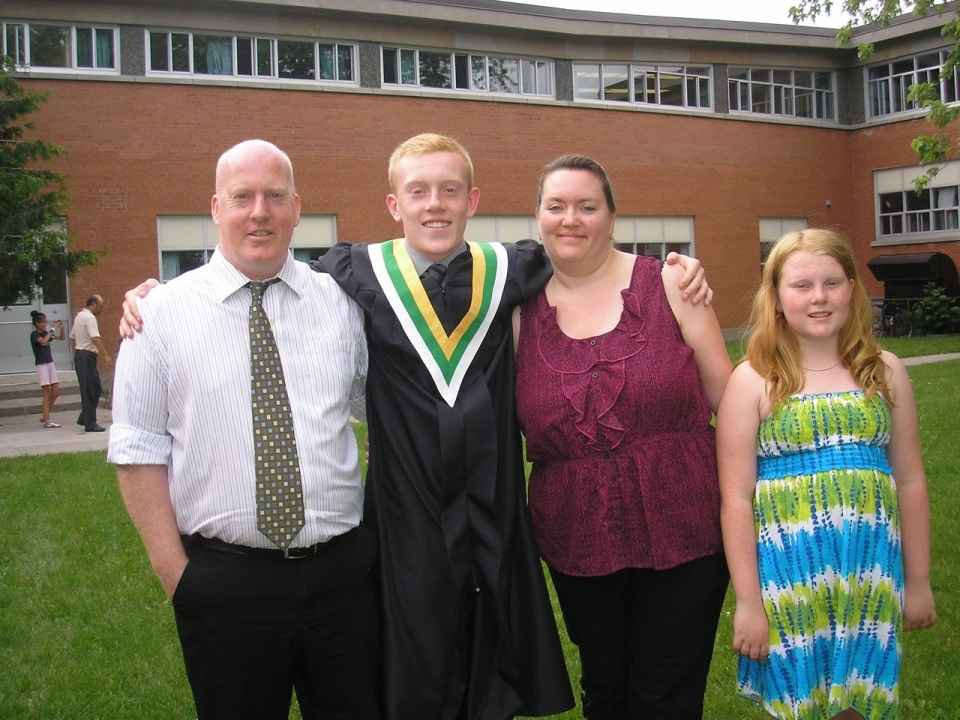 Hogan continued to be plagued by debilitating arthritis, sleep apnea, anxiety and depression, as he navigated life with a failing heart and one kidney. His condition worsening, Richard was referred to the University of Ottawa Heart Institute.

"So, they felt that the next step might be a heart transplant," Hogan said.

"Normally, a heart transplant, it's my understanding, can't be performed unless you're free of cancer for five years," Hogan said.

Instead, his doctors considered giving Hogan a heart pump. However, Hogan's oncologist reported that his cancer, detected and removed early, was very unlikely to return.  So, Hogan was given a place on the transplant list.  After just two days, they received a miraculous call.

"I was at work when I got a call and they said that they had a heart for him, and I burst out crying on the phone," said Ruth Hogan.

"I was awoken by the nurses and they were very excited to tell me I had a heart coming," said Richard Hogan. 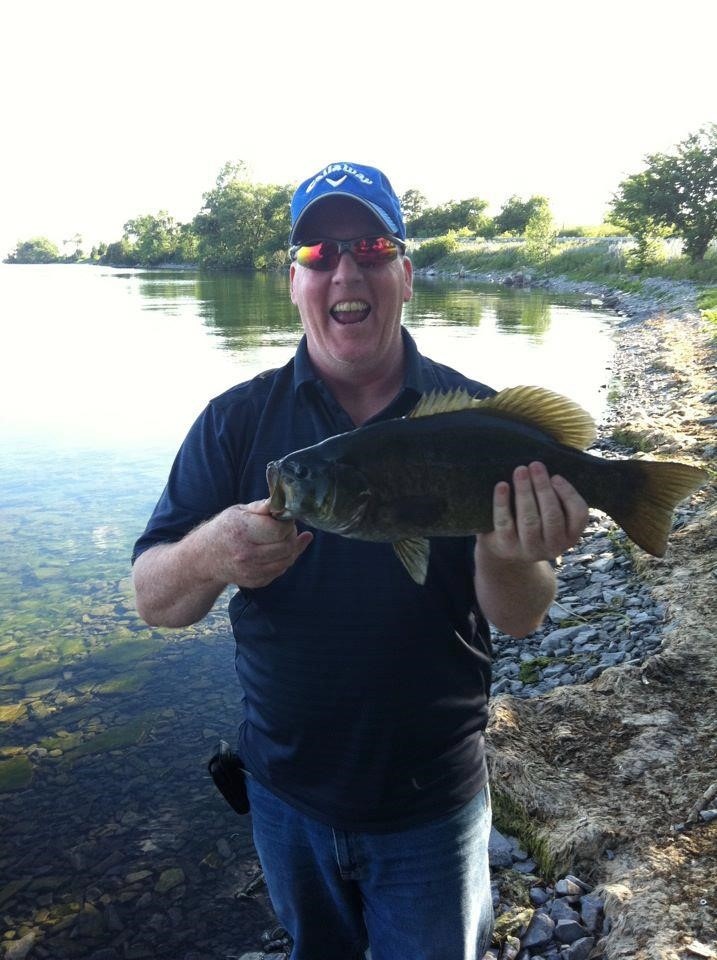 "I wake up in the ICCU, a new heart and it felt like a light switch was turned on."

Hogan was back home in Kingston with his family two weeks before Christmas.

"That’s when we finally got together again and were able to be together and soak it all in," Hogan said with a grin.

A recent surgery finally repaired his hernia, so Hogan is able to focus solely on his heart.

Richard Hogan now returns to the University of Ottawa Heart Institute, not with a burden of health issues, but as heart transplant recipient 700. 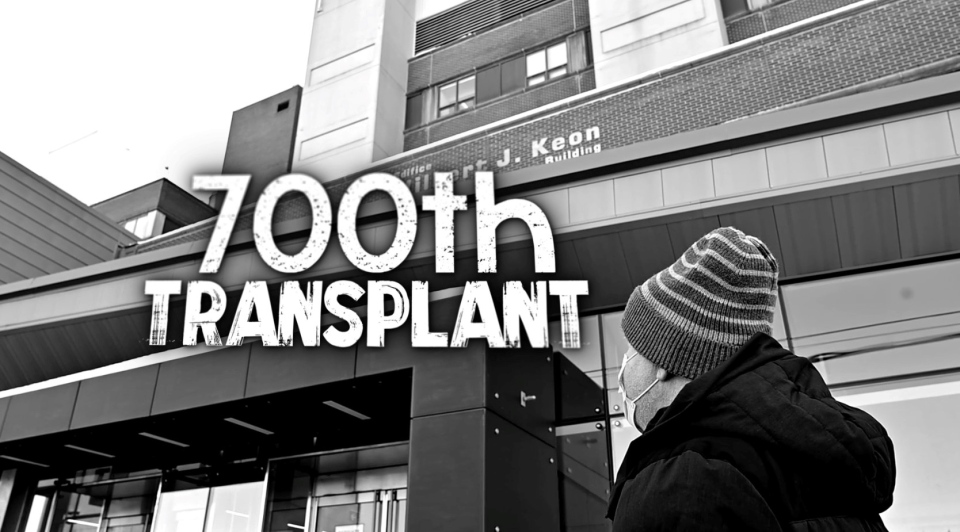 Hogan’s new heart is filled with gratitude for something he never thought he’d have again.

"I can see a future and that’s very exciting."

February is heart month.  You can donate at februaryisheartmonth.ca