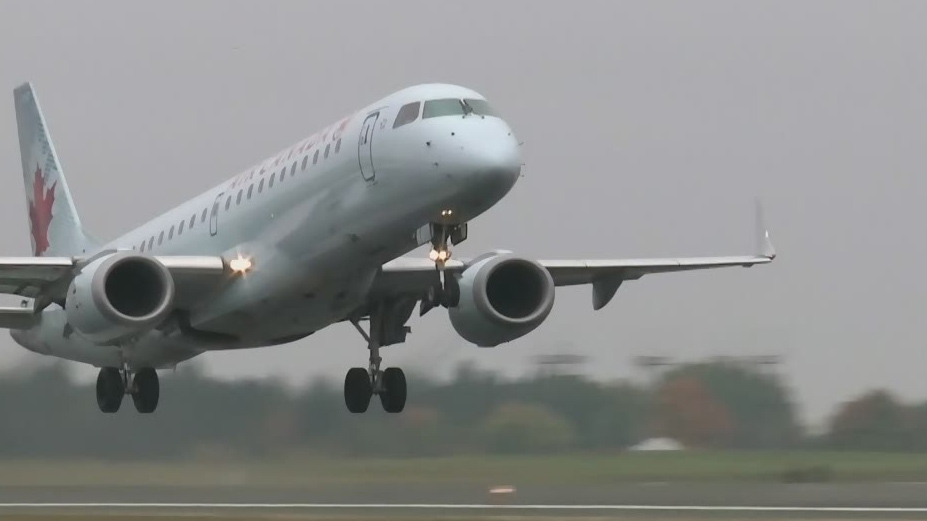 OTTAWA -- The major winter storm has forced delays and cancellations across the City of Ottawa.

The Ottawa and Perth campuses will remain open.

Storm update: Based on the forecast and a number of other factors, the Ottawa and Perth Campuses will remain open, while the Pembroke Campus will remain closed until Friday at 7:30 a.m.

The Ottawa International Airport reported 32 cancellations on its departures board (as of 10 a.m.)

Dozens of arrivals have also been cancelled.

Air Canada had warned that the storm will disrupt flights in Ottawa, Montreal and Toronto.

There are a few schedule changes due to snowfall. Check the status of your flight before coming to airport and give yourself extra time to get here #YOW

The City of Ottawa says all programs and events at recreation and culture facilities will be cancelled until 12 p.m. Thursday.

The Ottawa Public Library says branches will open at 12 p.m. on Thursday due to the storm.

A note from the library says the Metcalfe Village and Fitzroy Harbour branches will open for the evening hours only.

Please note that all programs and events at #OttCity libraries, recreation and culture facilities will be cancelled tomorrow, Thursday, until noon. The following facilities will remain open for provincial by-election voting stations only: https://t.co/hNsXnDiPrI