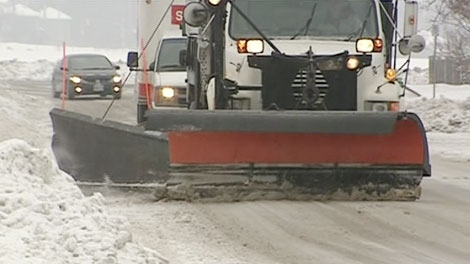 OTTAWA -- A mid-February storm has blanketed Ottawa with four centimtres of fresh snow.

Environment Canada has ended all advisories for Ottawa and eastern Ontario after the system moved through the region.

The forecast had called for up to 10 cm of snow to fall, but only four centimetres was reported at the Ottawa Airport as of 3 p.m.

The storm caused problems on the roads through the morning and mid-day on Tuesday.

As of 3 p.m., Ottawa police reported 84 collisions across the city.

84 reported collisions since 6AM. Clear all snow off your vehicle, give yourself extra time and space between vehicles. #otttraffic pic.twitter.com/PxQWkDmK62

The Ottawa Student Transportation Authority reported bus delays on Tuesday afternoon. Some routes were delayed as long as 20 minutes.