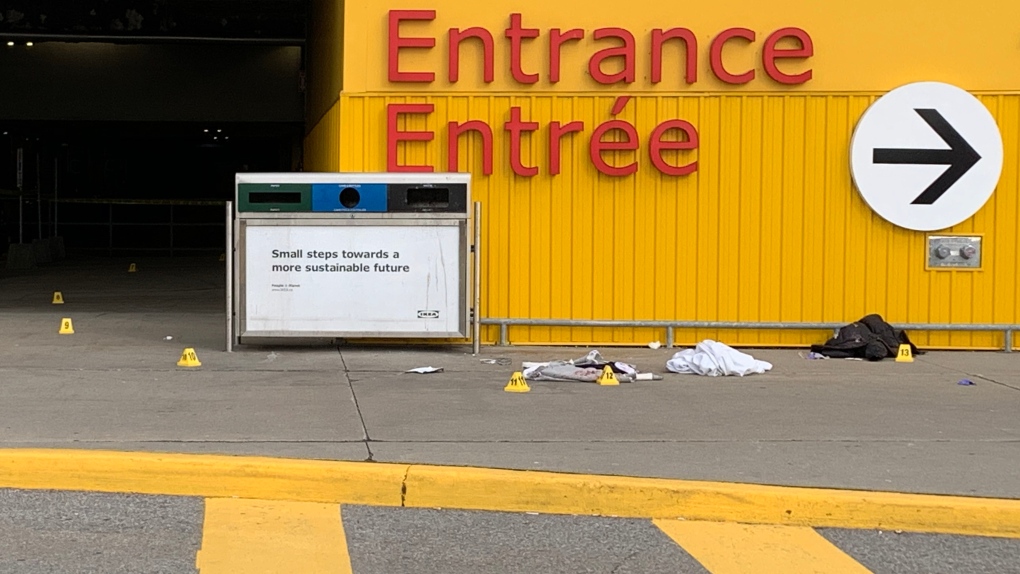 Police investigate stabbing outside IKEA in Ottawa on Friday, Nov. 8, 2019.

Two men are in hospital after a stabbing outside Ottawa’s IKEA store just before noon Friday.

Both victims are being treated for serious, but not life-threatening injuries, Paramedics say.

An area outside the front doors of the store is cordoned off by investigators. Officers were seen picking up blood-spattered clothes in early afternoon.

Police say they are looking for two suspects.

IKEA issued a statement on the stabbing,” At IKEA, the safety and security of everyone who comes to our stores is of the utmost importance. We can confirm an incident occurred outside of our IKEA Ottawa store earlier today which resulted in police and paramedic presence. As the investigation is being handled by the police, IKEA is not in a position to comment any further.”