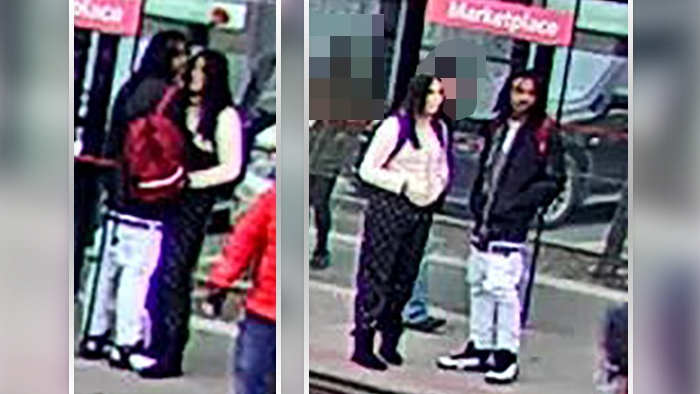 Police are looking to identify two people after a stabbing on an OC Transpo bus in the west end on Monday.

Police are looking to identify two people after a stabbing on an OC Transpo bus in the west end on Monday.

A “disturbance involving several parties” broke out on the bus at the intersection of Woodroffe Avenue and Medhurst Drive on Monday around 2:30 p.m., police said in a news release.

In the altercation, a male victim was stabbed. He suffered non-life-threatening injuries.

Police are looking for two people they believe may have information about the incident.

They describe the first person as a light-skinned Black male, between 18 and 23 with shoulder-length hair. He’s about five-foot-nine and thin, and was wearing a black jacket, black and white running shoes and a burgundy backpack.

The second person is described as a white female, between 18 and 23 with long dark hair and about five-foot-seven with a medium build. She was wearing black Ugg-type boots and a pink bomber jacket.