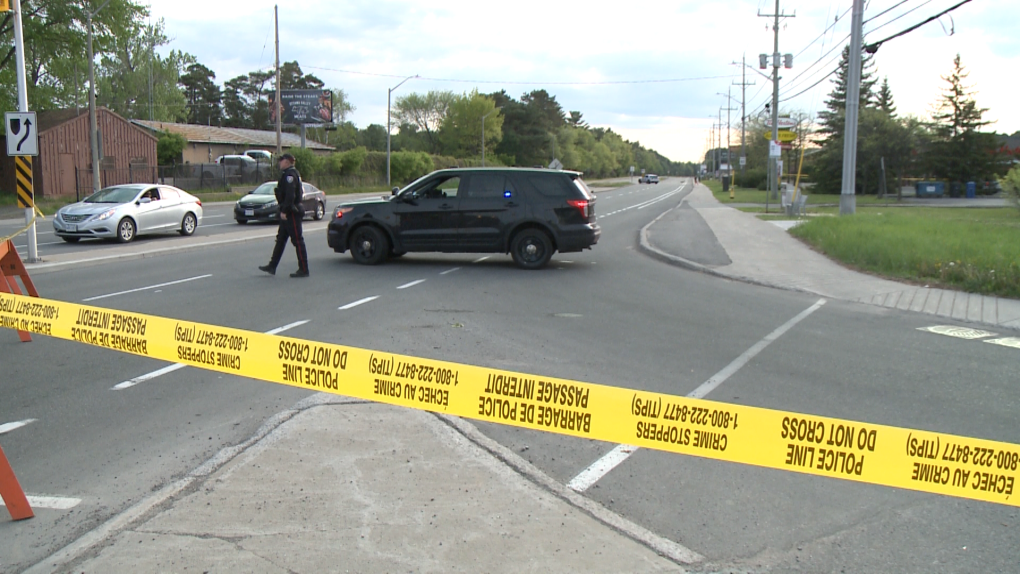 Police closed a section of Hunt Club Road after two men were shot on the morning of Tuesday, May 18, 2021. (Jim O'Grady/CTV News Ottawa)

OTTAWA -- Two men are in hospital and a stretch of Hunt Club Road is closed after a shooting Tuesday morning.

The call came in at 5:15 a.m. for the shooting near the intersection of Hunt Club and Paul Benoit Driveway.

Police say two men in their 20s were taken to hospital with non-life-threatening injuries.

Those two men were in a vehicle targeted by the shooters, according to police. Investigators are searching for a blue Honda Civic seen fleeing the scene westbound.

Hunt Club Road was closed from Paul Benoit to Paul Anka Drive, about a 1.3-kilometre stretch, but it has since reopened.

Anyone with information about the incident, or who may have dash cam video footage, is asked to contact the Ottawa Police Guns and Gangs Unit at 613-236-1222 ext. 5050.