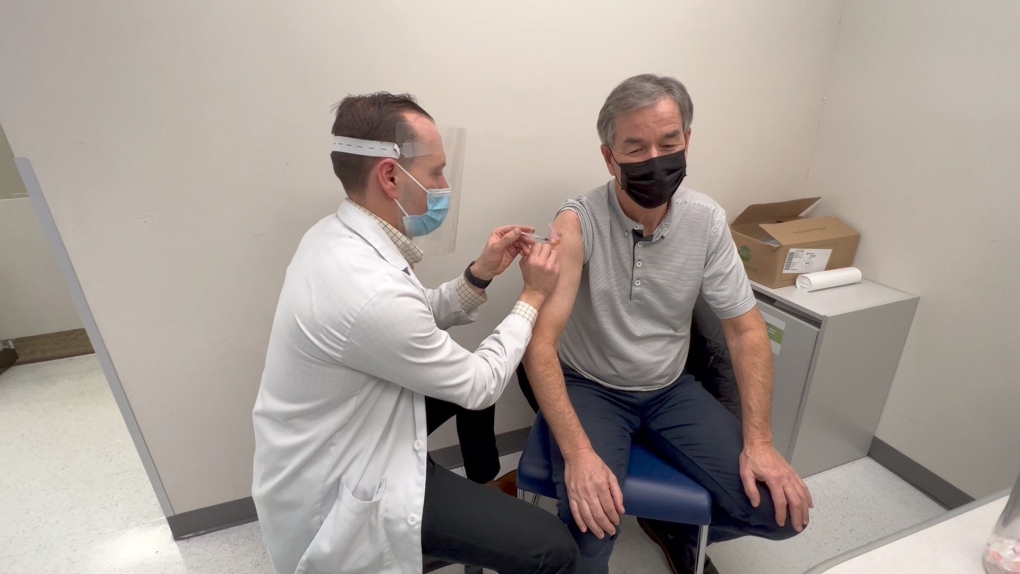 A number of pharmacies are already booking COVID-19 booster shots for those 50 years old and over. Some people have bookings as early as next week.

Eligibility for third doses is dropping to anyone 50 and older next Monday. Residents can use the provincial portal to book their booster or call their local pharmacy.

“It’s been non-stop as we’ve gone just from regular eligibility, people getting first and second doses, into boosters, and now of course the five to 11 population as well,” says Clark. “It’s mostly phone calls at this point in time. People asking if they can come in early. We are holding off until the 13th for those appointments. But we have started to book.”

Clark says people 18 and older will most likely become eligible in early 2022 and that vaccine supply is no longer an issue.

“Once we get into January, February, we’ll be looking at all adults that do wish to get a booster, will be eligible to receive it,” says Clark. “If we look south of the border in the U.S., they’ve opened it up now to anyone that wants to receive a booster can get one, and they are recommending it. So I think within a few months we’ll be there here in Canada as well.”

Ottawa Public Health says 63,418 third doses have been administered in the city since they became available.