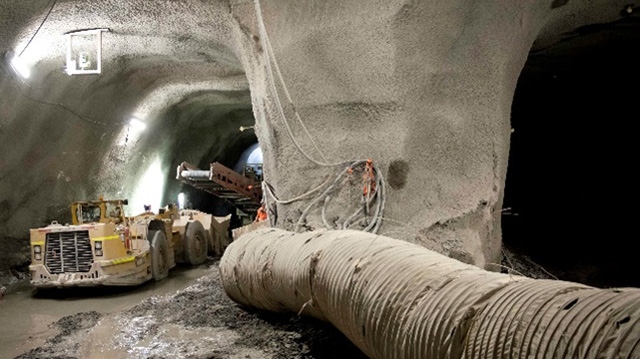 A peek at Ottawa's Light Rail Project shows the progress at one of the three stations along the downtown tunnel.

The City of Ottawa released a photo showing how the tunnel has been dug up at the Lyon Station near Place de Ville.

More than 50 per cent of the 2.5 kilometre tunnel has now been dug up by three mining machines named Chewrocka and Jawbreaker.

The Lyon station is located under Queen Street.

The 2.1 billion dollar project is now called the Confederation Line. It will take light rail trains from Tunney's Pasture near Hintonburg to Blair Road in the east end.

The project is expected to be completed in 2018.