Ottawa drivers caught covered in the first snowfall of the year, facing hundreds of dollars in fines 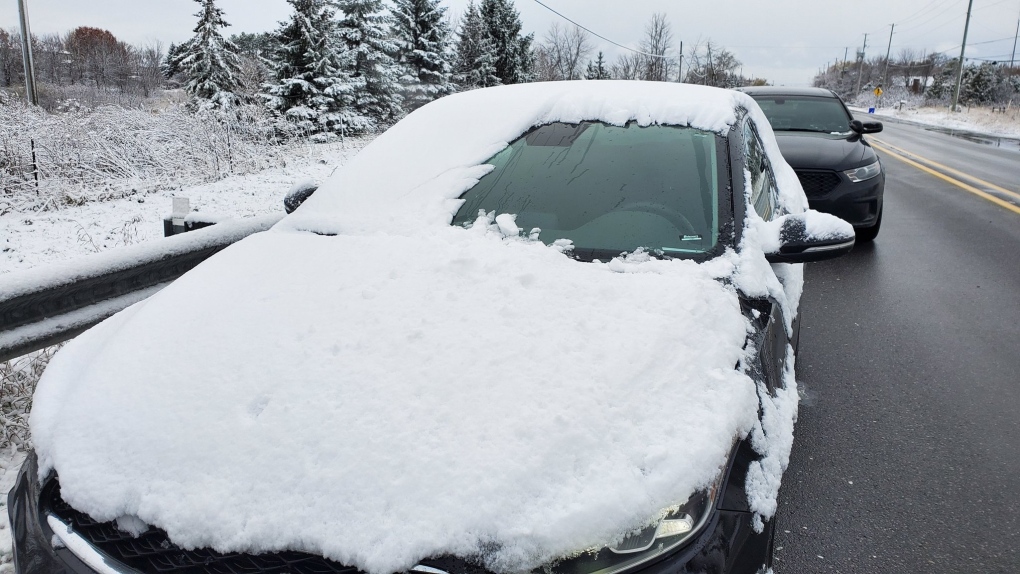 Maybe the brush is still in the garage.  Or some drivers are holding out for a quick melt. Every year for police, it’s the same story: the first snowfall comes and windshields are left dangerously obstructed by snow.

Thursday morning with a significant few centimetres built up on cars, Ottawa Police traffic officer Phil Kane pulled over one driver near River Road and Leitrim, fining them for snow on the car.

“First snow of #Ottawa winter and this was driving down the road” Kane tweeted. “Clear. The. Snow. Off. Your. Vehicle”, he wrote.

The driver was hit with two separate fines, one for the windshield, and another for not clearing off the back window.

Visibility, especially in winter weather, is essential for safe driving Kane points out.

First snow of #ottawa winter and this was driving down the road!