The price of gas has gone down by almost 40 cents in Ottawa since June. But it’s back up seven cents on Sunday and those who drive for a living are spending hundreds of dollars on fuel every week.

Michel Bigras owns W Flowers in Nepean, the bulk of his business comes from delivering those flowers to customers.

"The cost of gas has been driven so high that I had to raise my delivery rates," says Bigras. "A year ago I was charging $12 per delivery in the Nepean area. Today I have to charge $14 to go anywhere in Nepean."

Bigras is spending twice as much on gas this summer compared to last year.

The average price of gasoline in Ottawa a year ago was about $1.30 a litre and near 92 cents a litre two years ago. On Sunday, gas was selling at around $1.67 per litre.

Spencer Gibara is an Uber Eats driver, he says rising gas prices make it difficult to accept orders that have him driving longer distances.

"When it goes up, delivery drivers and Uber drivers are pretty heavily hit by it,” says Gibara. “I spend about $500 per week on gas. I drive about 40 hours a week, sometimes a bit more, sometimes a bit less. Obviously, it depends on the fluctuating prices, but I fill up about every other day and when I get that gas bill it’s never fun."

In the last few days, Ottawa has seen many Gatineau residents crossing the interprovincial boundary, searching for cheaper gas prices. 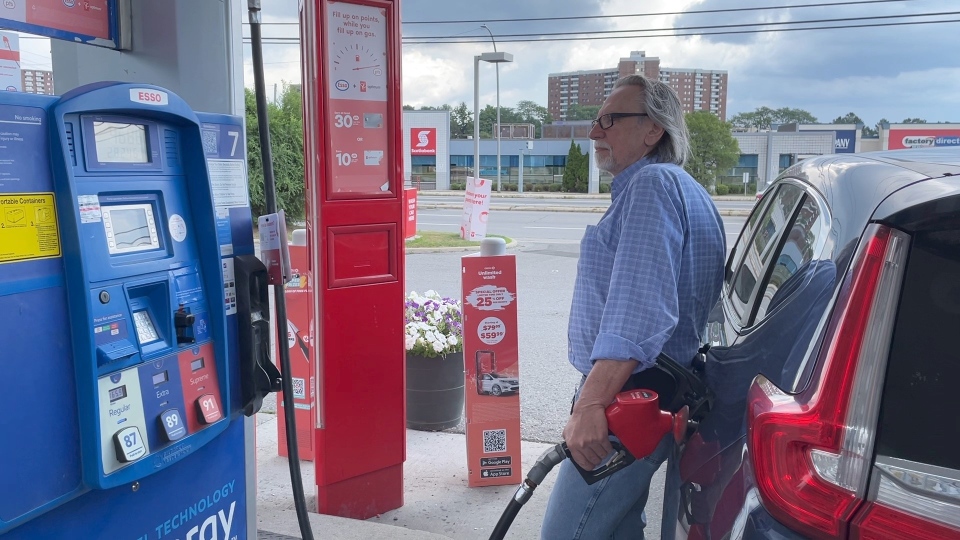 "We shop in Ontario and whenever we need to shop we profit and bring it down by 20 cents," said one Gatineau resident filling up his car today in Ottawa. "Right now in Quebec, it’s $1.83 and I’m paying $1.66. So you’re talking about 17 cents."

"I come to Ontario once a week," says Gatineau resident Edwing Marc. "So I will wait to come here to fill my tank because it could be like 10 cents lower than in Quebec."

Michel Bigras also happens to live in Gatineau, but rarely fills up there.

And with the recent drop in gas prices, it means Bigras is passing the savings onto the customer.

"I filled both vehicles right away," says Bigras. "So I can throw a little bonus in my flowers you know what I mean. Just to give them relief too. So that’s what I’m saying to my customers. I’m giving you a little more flowers this week because I got a little break on gas."