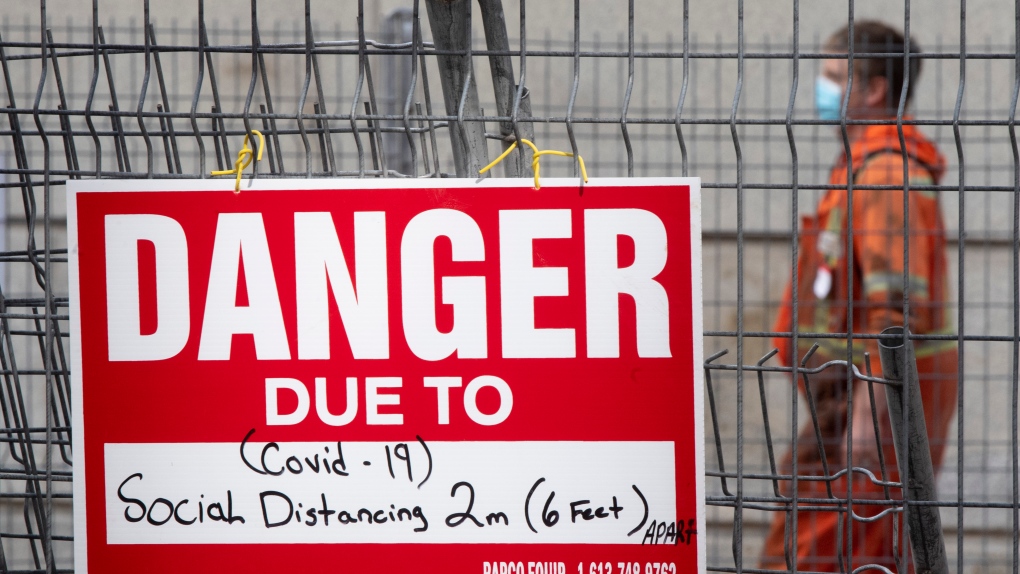 A construction sign on a fence surrounding an excavation indicates the danger is Covid-19 as a construction worker walks past Tuesday October 27, 2020 in Ottawa. (Adrian Wyld/THE CANADIAN PRESS)

Jeff Leiper and Catherine McKenney have introduced a motion for the next Council meeting, asking the Ontario Government to return control of noise bylaws back to municipalities.

"Noise is a constant reality of living downtown," said Leiper, during an interview with Newstalk 580 CFRA's Ottawa Now with Kristy Cameron.

"A 6 a.m. construction start on the weekend is just too much for most residents. You need that time on the weekends to kind of wake up, have your coffee, catch up on your Facebook, and when you have a construction project happening next to you, that takes its toll on your mental health."

In April, Ontario extended construction hours, saying the extended hours will give worksite managers more flexibility to staff shifts, limit the number of people in one place and take reasonable precautions to keep workers safe and healthy during the pandemic.

"Since the pandemic began, the 6 a.m. start time has been subject of hundreds of complaints across the city. It's a bit of a dull roar in my office, every week we're receiving several notes about construction projects that start at 6 a.m.," said Leiper.

"Those complaints have decreased a little bit in the past few months as more and more people became aware of the province's move to yank that control over the control of our noise bylaws away from cities."

"People tell us they're unable to sleep; they’re losing sleep and we know the affects of losing sleep on mental health. They are feeling even more stressed than they already are as a result of the pandemic as it is. More stressful, less restful lives since the rule change went in place," said Leiper.

The motion asks the mayor to write Premier Doug Ford and Municipal Affairs and Housing Minister Steve Clark to request that control of construction hours revert to the control of municipalities.

Leiper says he understands why Ontario changed the rules, and perhaps there is a compromise available to allow construction in some areas.

"I'm very open to having a conversation with builders, with the city, with residents. In some areas maybe it is safer to have those extra hours in which the various different trades aren't tripping over each other in the buildings," said Leiper.

"Different context might require different noise bylaws for the duration of the pandemic, but the first step is to put the city in control of that conversation."