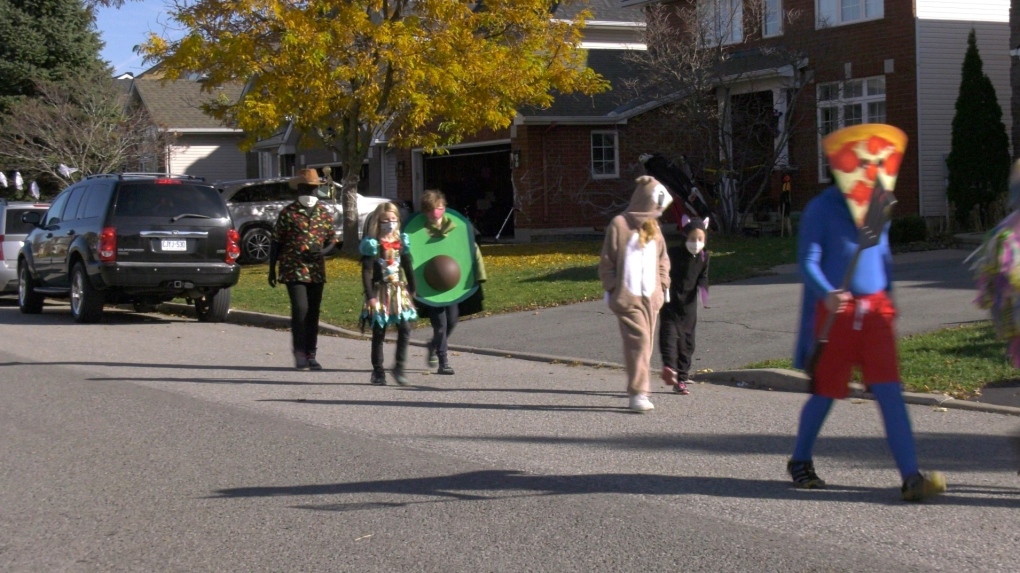 OTTAWA -- With traditional trick-or-treating discouraged in Ottawa due to the COVID-19 pandemic, an Orléans neighbourhood is instead holding a parade in order to still spread Halloween cheer while focusing on keeping everyone safe.

"I think it’s nice that we get an opportunity to do something nice for Halloween instead of doing trick-or-treating because it might not work this year," said Reed, who is dressing up as an avocado.

"It’s going to be a lot quicker this year but at least I’ll get to show off my costume," said one resident, dressed up as a sloth.

There's a designated route with safety top of mind.

"Everyone’s walking in the same direction so that no one is criss-crossing, everything we can do to keep people safe and distant but having fun," said Tracey Fitzpatrick.

There will also be a lot of candy—delivered through homemade candy chutes.

"Even the people who aren’t taking part, like they don’t have kids, they’ve donated candy, they’ve said they’re going to sit outside and watch, one lady on the block her 104-year-old grandmother is going to sit out and watch and they asked to have a chute put on their yard so she could watch everything," said Deanne Lans.

After a year with so many things cancelled, for this group it is a chance to celebrate.

"It’s going to mean a lot I think to the whole street, to the neighbours, to the kids, to everyone," said Fitzpatrick.