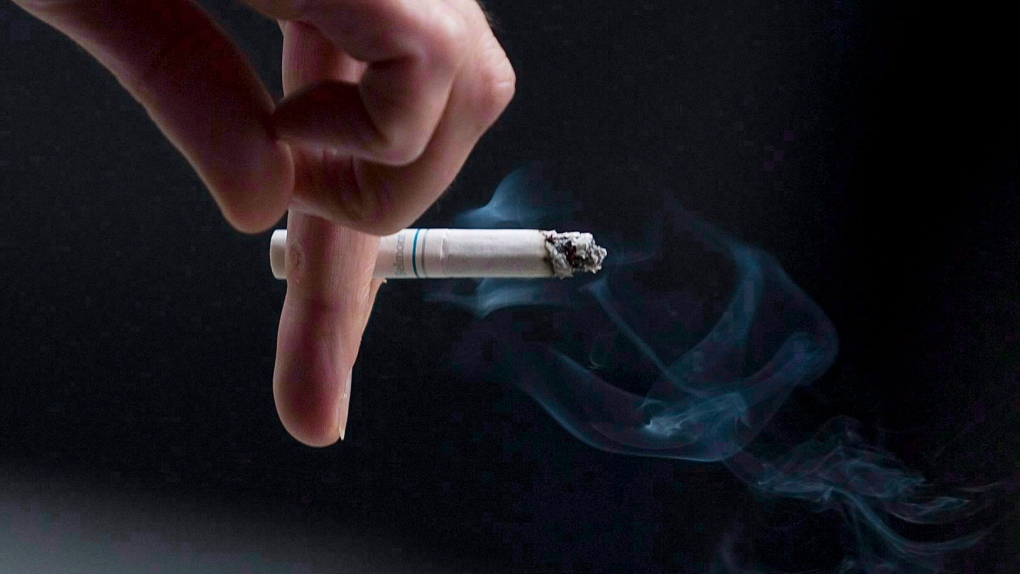 A person smokes a cigarette in downtown Ottawa on Sept. 29, 2009. THE CANADIAN PRESS/Pawel Dwulit

TORONTO -- Ontario has cut funding to an agency that helps young people across the province quit smoking.

The administrator of the Leave the Pack Behind program says she was informed by the Ministry of Health this month that their annual $1-million funding would not be renewed.

The agency, which operates independently but is housed out of Brock University in St. Catharines, Ont., said 27 people will lose their jobs due to the funding cut.

The program has been in operation for 19 years and initially helped people aged 19 to 25 on six university campuses quit smoking, but has since expanded to 44 post-secondary institutions and 35 public health units

Leave the Pack Behind says it has helped 40,600 students quit smoking since 2000 by providing personalized supports, referrals to health professionals and nicotine replacement treatments.

A spokeswoman for Health Minister Christine Elliott confirmed the funding cut but said the government continues to support other smoking cessation initiatives at the University of Ottawa and the Centre for Addiction and Mental Health.

"In doing so, we can protect and promote vital programs and ensure we spend taxpayer dollars responsibly," she said in a statement.

Kelli-an Lawrance, a health sciences associate professor at Brock University who helped launch the program and continues to oversee it, said the cut is "devastating."

"I have letters from young adults that say, 'you saved my life,"' she said. "To get the news that the funding from the program has been cut is ... a real shock."

Michael Perley, director of the Ontario Campaign for Action on Tobacco, said ending the program means 19 years of experience, expertise, and relationship-building across the province is lost.

"It doesn't make any sense to do this," he said. "It's just slightly over a million dollars and that is a very small amount of money for the reach and effectiveness of the program and potential cost-savings down the road."