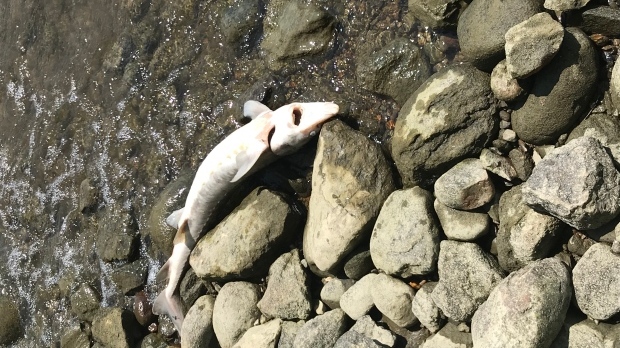 Wildlife officials confirm more than 1000 fish have been found dead near the Lièvre River.

This is the third wave of dead fish found in the last month.

It is not an infectious disease, but rather the fish were exposed to something toxic in their environment. However, the cause still remains unknown.

According to Quebec's Ministry of Forests, Wildlife and Parks, a team travelled to the Masson-Angers area Monday morning following a report from Garde-Rivière des Outaouais.

Ministry biologists took new samples for analysis and they were sent to the Quebec Center for Wildlife Health in Saint-Hyacinthe.

Officials say they have yet to receive the final report from the second wave of dead fish, but also suspect intoxication is responsible.