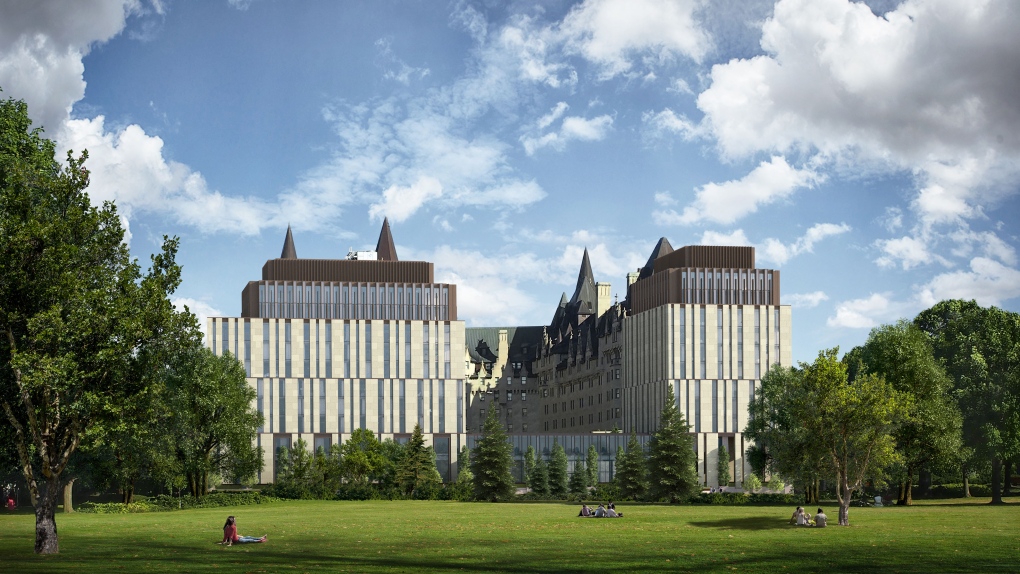 OTTAWA -- The debate over the proposed new addition at the back of the historic Fairmont Chateau Laurier resumes this week at Ottawa City Hall.

On Friday, a joint meeting of the Planning Committee and Built-Heritage Sub-Committee will vote on the latest application from Larco Investments to build a 159-room, two-pavilion addition at the back of the hotel on Rideau Street.

Larco Investments filed the new application with the city in November, months after reaching an agreement with Heritage Ottawa on the design of the proposed addition.

According to the application, the 11,846-square-metre addition includes two pavilions - one a 10-storey tower, the other 11 storeys tall, extending from the east and west arms of the original hotel and connected by a transparent two-storey connector. 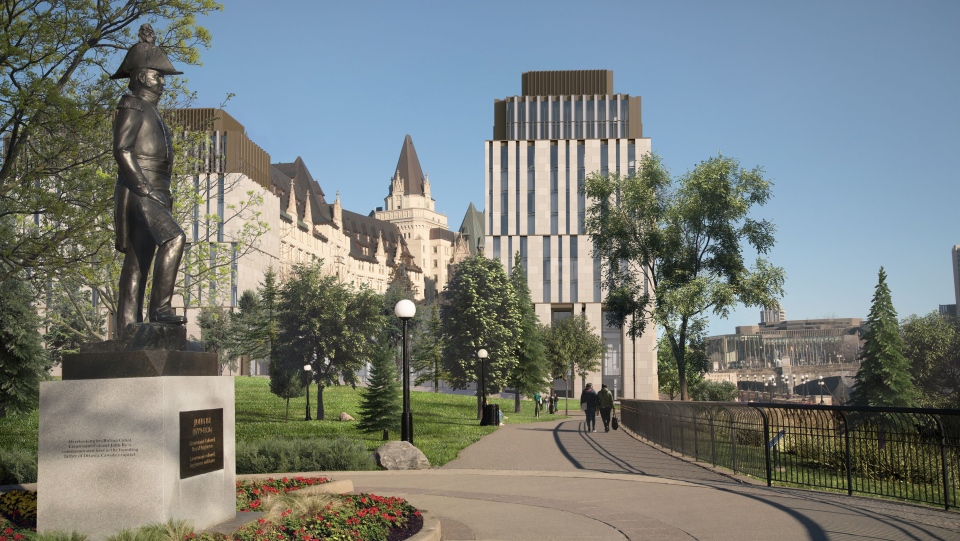 "The slight asymmetry of the pavilions, each crowned by a five-metre decorative bronze enclosure, have a vertical proportion and a picturesque character that is in tune with the historic charm of the original Chateau and the Parliament Buildings," said the Architectural Design Text submitted to the City of Ottawa with the new application. "The two distinct elements maintain the visibility of the hotel from Major's Hill Park and provide hotel guests with beautifully framed views of the park."

There would be 159 long-term suites, 301 parking spaces in a five level underground garage, space for meetings and special events and a landscaped courtyard.

City staff recommend the committees approve the application to alter the Chateau Laurier at 1 Rideau Street. Heritage Ottawa, who has been opposed to the expansion, has said the proposed new addition is "more compatible with the hotel's composition and irregular silhouette."

"In its new form the iconic views to the rear are exposed, revealing the original building’s U-shaped pattern and picturesque qualities from Major’s Hill Park," said Heritage Ottawa in a statement in November. "The low-rise connector between the two pavilions is lower than the parking garage it replaces, and it is transparent."

"Heritage Ottawa has brought us to a better outcome. However, I would argue the modern addition still does not meet the expectations of the heritage-rich Parliamentary Precinct that this building is nestled within," said Fleury in comments for the city report on the Chateau Laurier expansion.

"Looking across Canada, there are few of these hotels which have modern additions. From the Royal York in Toronto to the Empress Hotel in Victoria, B.C., they have maintained their prominence and distinction without adding to the building in a negative way. Simply put, I will not be happy with a modern addition and cannot support what would break away from historical tradition." 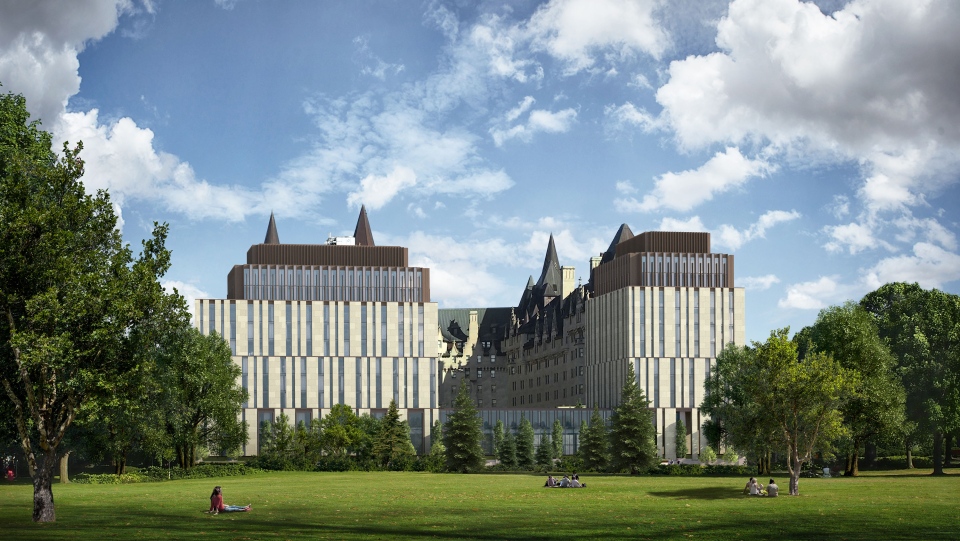 Larco Investments unveiled new designs for the hotel expansion in August, 11 months after the city's committee of adjustment rejected part of the design of the new addition.

If the joint meeting of the Planning Committee and Built-Heritage Sub-Committee approves the plan, Council will vote on the design in February. Larco Investments will also need approval from the National Capital Commission.

Larco Investments first released designs for an addition to the Chateau Laurier in 2016. In January 2018, Council approved the addition, despite opposition from politicians and the public.

In 2019, the city's committee of adjustment rejected part of the design for the hotel.