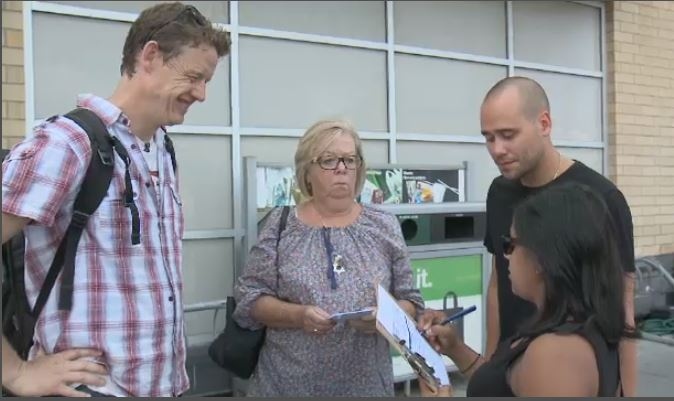 The MPP for Ottawa-Centre went door-to-door Saturday asking residents to sign a petition to pressure the provincial government to keep a modernized sexual-education curriculum.

NDP MPP Joel Harden says he started this petition as a grassroots effort that he will bring back with him to Queen’s Park.

“I find it irresponsible to rip up a curriculum and go back to one that was made in 1998. I don’t think that is acceptable.”

Soon after Doug Ford took over as Ontario Premier, his government announced it was revoking an updated version brought in by the previous Liberal Government.

The last time the curriculum had been updated was in 1998, and it included warnings about online bullying and sexting that were not in the previous version.

But the PC’s say there was a poor consultation process, and parents weren’t asked properly what they wanted.

Seonaid O’Leary lives in Ottawa. She signed the petition and says, “It's such an important thing in a child's life for them to learn about. How their body is changing and the different relationships they are getting into.”

Avanti Desilva calls the reversal concerning, “It's not relevant, it doesn’t make any sense and we are very concerned and that's why we signed this petition. “

Harden says similar petitions are circulating in other constituencies in Ontario. “We have 40 MPPs across Ontario, we are back home doing this all over Ontario and we aren't going to stop until the government listens to people.”