A mother and her four kittens are now in the care of the Ottawa Humane Society after being found abandoned in Ottawa's east end.

Ottawa Bylaw says the "mama and her 4 kittens" were abandoned outside the PetSmart on Innes Road sometime between 6 a.m. and 8 a.m.

Erika Barnstaple discovered the crate full of kittens when she arrived at work.

"Just a carrier with a little garbage bag over top of it to keep from getting wet," Barnstaple said. "This one cat was just sticking its face out, and one baby. So originally we thought there was only a couple in there, but when we got them inside there was a couple more."

An employee of the store called 311 for help, and Bylaw Services officers transported the cats to the Ottawa Humane Society for care. 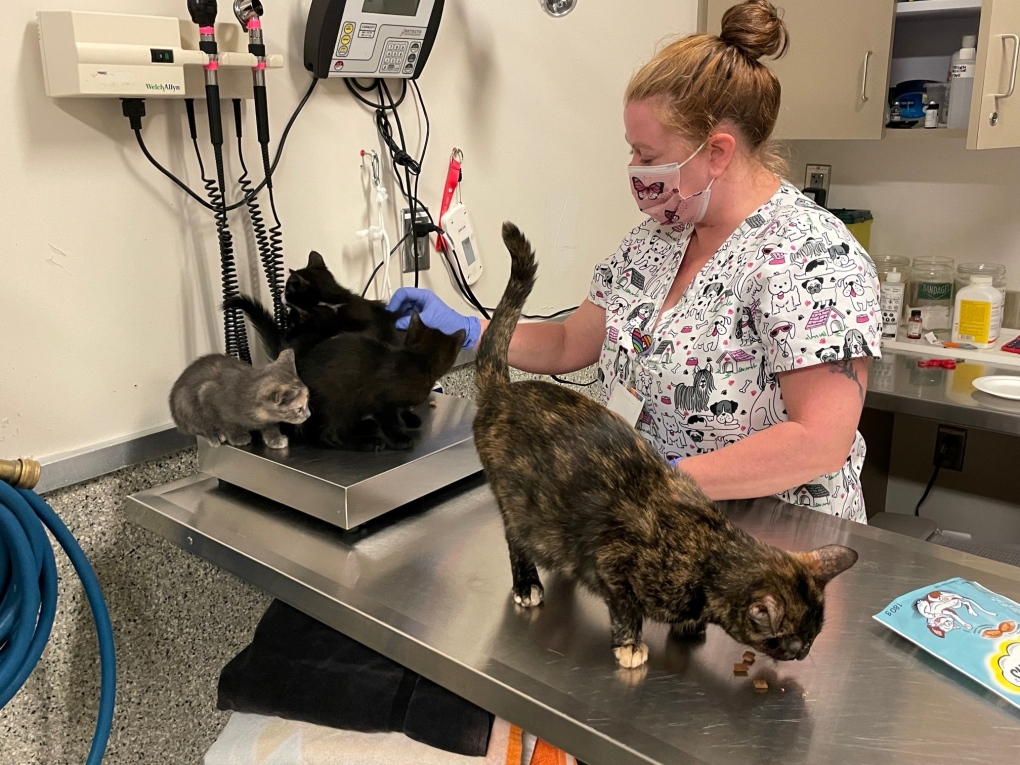 Bylaw tells CTV News Ottawa the cat and kittens appeared to be in good health.

The Ottawa Humane Society says the cat and kittens will be examined further at their facility.

"Nobody is injured, everybody seems to be relatively healthy, but we need to do a little bit more in-depth medical check before we can say for sure," said Stephen Smith. 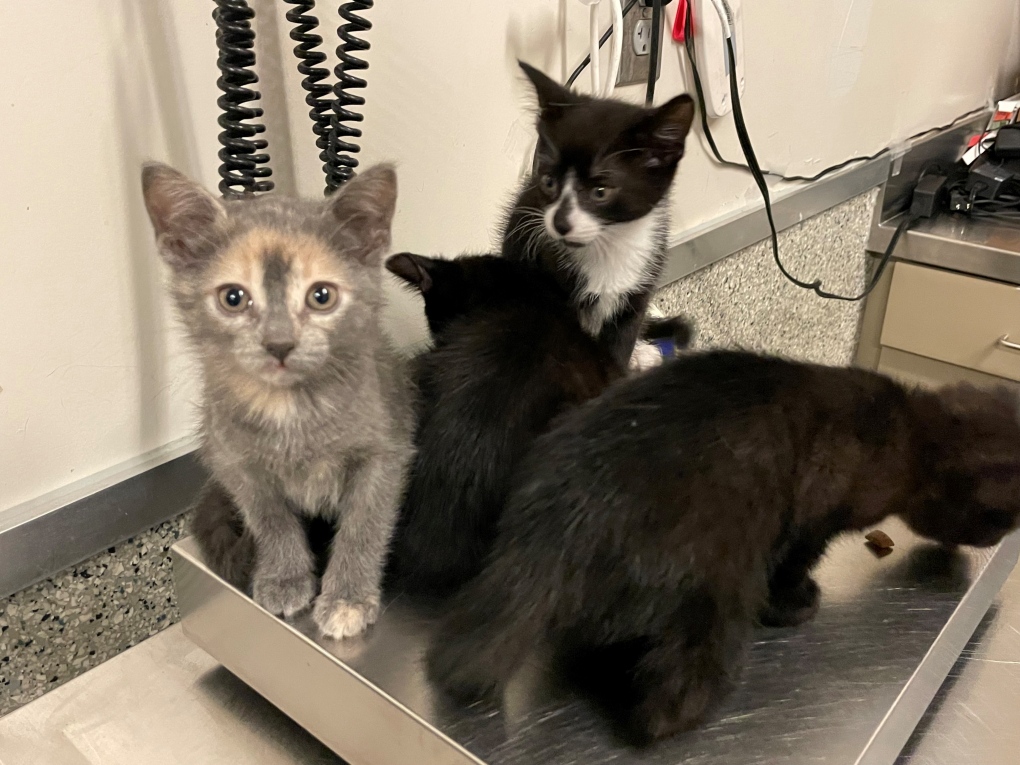 Four kittens abandoned outside a pet store are now in the care of the Ottawa Humane Society. (Peter Szperling/CTV News Ottawa)

This mama and her 4 kittens were abandoned this morning in front of a pet shop on Innes Road.

Employees called 3-1-1 for help and we attended to transport the cats to @OttawaHumane for care. #OttCity pic.twitter.com/GmuKdiwHYs