Minor injuries reported after two crashes on the Queensway 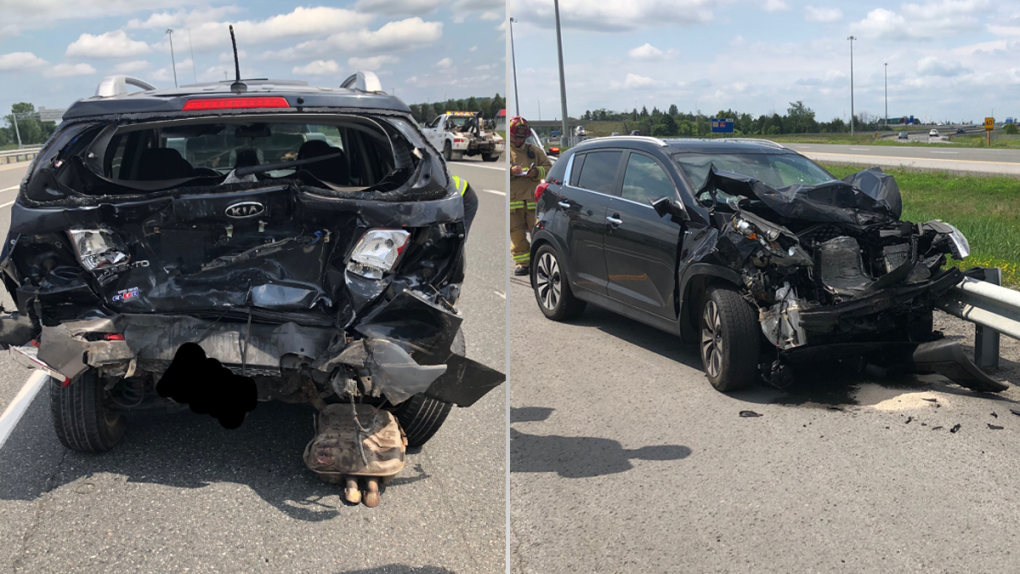 OTTAWA -- Ottawa paramedics say a woman suffered minor injuries in a crash on Highway 417 early Monday afternoon, while a man escaped injury in a second crash nearby.

Paramedics were called to a stretch of the 417 near Palladium Drive at around 12:25 p.m. Two separate collisions happened about 100 metres apart from each other.

In the first incident, a woman in her 30s suffered minor injuries and was taken to the trauma centre in stable condition.

At the second collision site, just to the east of the first, paramedics said a man had stepped out of his disabled vehicle and was hit by a passing driver. Surprisingly, the man was not injured.

Two men were assessed at the scene declined to be taken to the hospital.