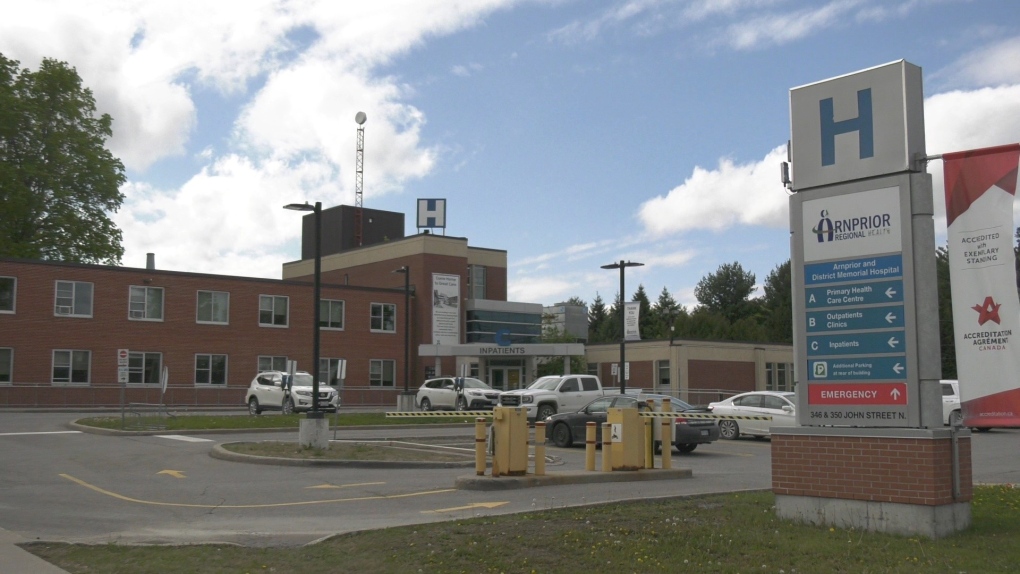 The health network says they became aware of the hack on its IT system on Dec. 21, 2021. Information including names, dates of birth, contact information, health card numbers, recent hospital visits, and diagnoses.

ARH says the earliest information accessed dates back to April 1996 and could affect past patients in Arnprior, those who visited the local emergency room, people who had a COVID test or attended mass vaccination clinics in Renfrew County, as well as people who have been on physician waitlists or who were contacted by flu shot clinics.

A full list of those whose data my have been compromised can be found on the Arnprior Regional Health website.

In an age where data is the new currency, technology analyst Carmi Levy says data breaches like these are a dime a dozen now.

"Usually when there's a breach like this the data ends up being sold online," Levy tells CTV News Ottawa. "It ends up on dark websites, being shared with criminal elements."

In an age where cyber security is constantly being breached, Levy is shocked at the scale of the hack that took place at Arnprior Regional Health.

"The scope and breadth and depth of this information that was compromised in this particular event is quite breathtaking and it is concerning. It goes back decades. It covers some very sensitive health care related information. In the wrong hands it could be very devastating."

'We are patriots': Ukrainians cling to life at front line against Russia

While towns and villages around the capital of Kyiv have begun to rebuild after the Russians withdrew months ago and world powers discuss long-term recovery, others in eastern Ukraine still cannot sleep soundly.

U.K.'s Boris Johnson defiant even as dozens of officials quit

British Prime Minister Boris Johnson has rejected clamors for his resignation from his Cabinet and across the Conservative Party, digging in his heels Thursday even as dozens of officials quit and previously loyal allies urged him to go after yet another scandal engulfed his leadership.

Brittney Griner trial in Russia resumes amid calls for U.S. to strike deal

Jailed American basketball star Brittney Griner returns to a Russian court on Thursday amid a growing chorus of calls for Washington to do more to secure her release nearly five months after she was arrested on drug charges.