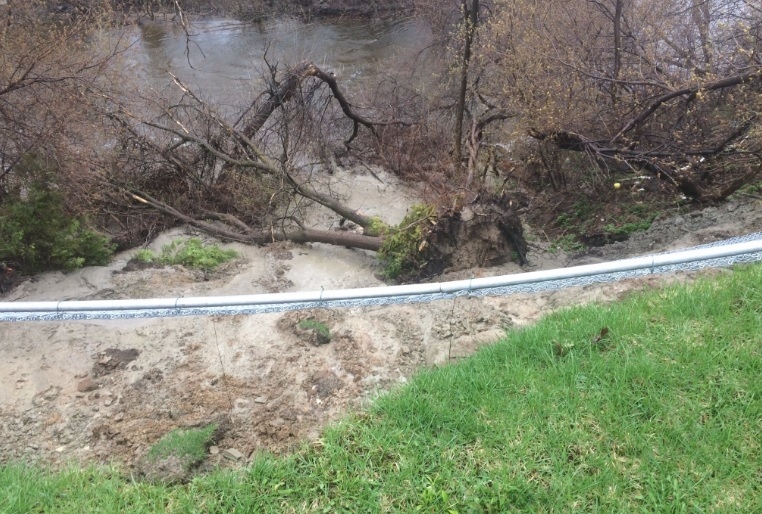 The flooding and landslides have hit Pembroke, ON, where one couple’s backyard continues to disappear.

Leigh and Jason Costello told CTV they have lost almost three metres of land in their backyard due to erosion caused by heavy rainfall. They fear their home is in danger.

“It is very worrisome, at what point does it get to the house and we have to vacate the premises,” Jason said.

The Costello’s moved to this property, which sits well above the river, three years ago. A photo of their backyard taken last summer shows a fenced yard with trees. Today, there is a sharp cliff.

The Mayor of Pembroke said the city is aware and monitoring the situation closely.

Many of the homes on this same edge are facing similar issues. One home has been evacuated already.

“The landslide has gone to their house, and as you can see we’re only a few metres away from that happening to our home,” Leigh said.

The Costellos contacted both the city, and their insurance company, and said they were told nothing could be done until their house was affected.

With up to 70mm of rain expected by the end of the weekend the couple is extremely worried.