Running your own business can sometimes be a sour experience, but one Brockville girl has found sweet success by donating her profits to help others.

Six-year-old Evelyn Galway-Peters is an aspiring entrepreneur in the lemonade business, founding her stand, Evelyn's Easy Squeezy Lemonade, in 2021.

"This year, the snow wasn't even gone and she was like, ‘I need a lemonade stand every weekend!’"

On June 21, Evelyn was invited to the grand opening of Karra's Burgers and Fries in Brockville to sell her homemade lemonade throughout the day.

This time, however, she decided her profit of $300 would not go to herself, but to a worthy cause: the Brockville and District Hospital Foundation.

"Her grandmother had volunteered at Ride the River, which was to fundraise for the MRI, and she decided she wanted to donate her money here," Galway said.

"I think she just thought it was special because they had offered to bring her there for the grand opening and she decided she wanted to donate the money," she added.

"A lot of people have to wait a long time (to get an MRI), maybe even two years," Evelyn said. "I thought if I donated $300 it would really help."

Evelyn dropped off the money on June 22 at the hospital.

"It felt good. It felt really good," she said with a large smile.

"They were very excited," added her mother. "They couldn't believe that it was $300. She took all the money that she made and she donated it and she got to stand with the big cheque and take a picture and that as a lot of fun."

On Tuesday morning, Evelyn held another pop up sale out front of Brockville General Hospital's main doors, serving up regular and diet canned lemonade, helping to cool off customers. 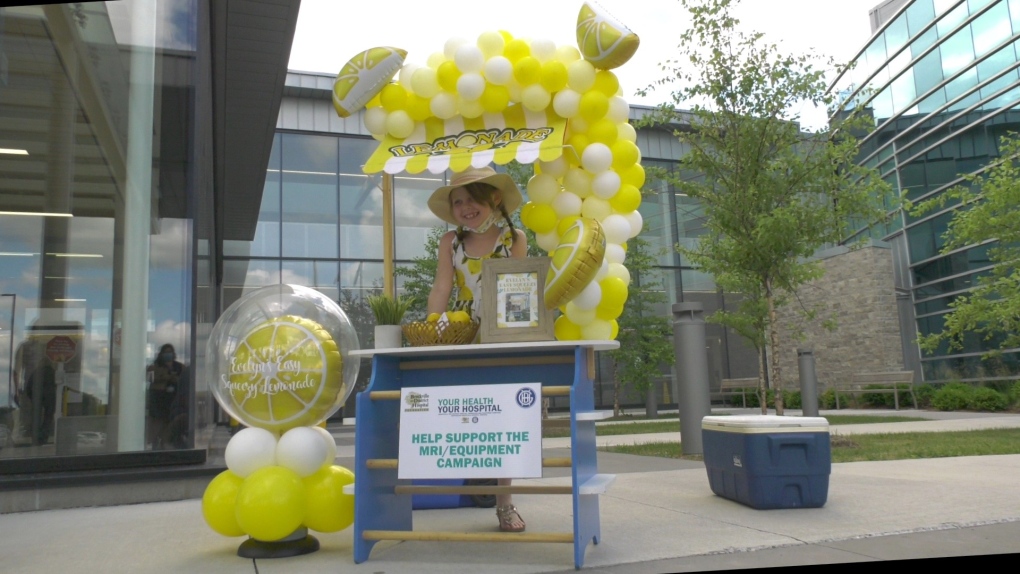 "I bought one lemonade but I gave her a lot of money," said hospital presient and CEO Nick Vlacholias with a laugh.

"The amount that she's fundraising is really good," he added. "Think about the innovation that she's doing, the entrepreneurial spirit. It's just tremendous."

"How can you deny that beautiful little smile and all the heart that she's put in to this," added Hospital Foundation chair Linda Hansen. "It's just amazing."

Hansen says every donation big or small counts. Their two-year goal is to raise $12.5 million for the MRI machine and other needed equipment.

"She is our youngest entrepreneur that we've ever had associated with the foundation so we're extremely excited about that," she said. "She has chosen our campaign to help support and also recognizes the importance to the hospital." 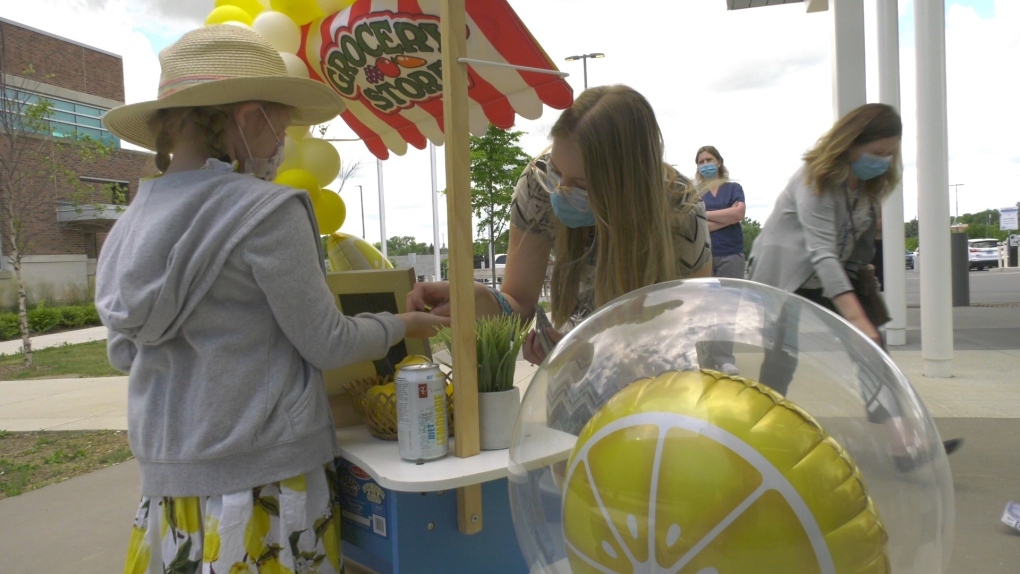 A customer pays for a can of lemonade at Evelyn Galway-Peters's lemonade stand. (Nate Vandermeer/CTV News Ottawa)

"In fact, we were just talking to her about what an MRI machine was and all the other equipment that's needed," Hansen said, noting the Ride the River event held in May raised more than $800,000 for the foundation.

"This is a community driven campaign and we are really too fortunate to have very generous donors within this community," Hansen said.

An after only one hour outside of the hospital's main entrance, Evelyn raised another $300 to donate towards the foundation.

"I feel really good," she smiled.

A widespread power outage in Toronto causing major disruptions in the city was likely caused by a large crane striking a high-voltage transmission line, officials say.