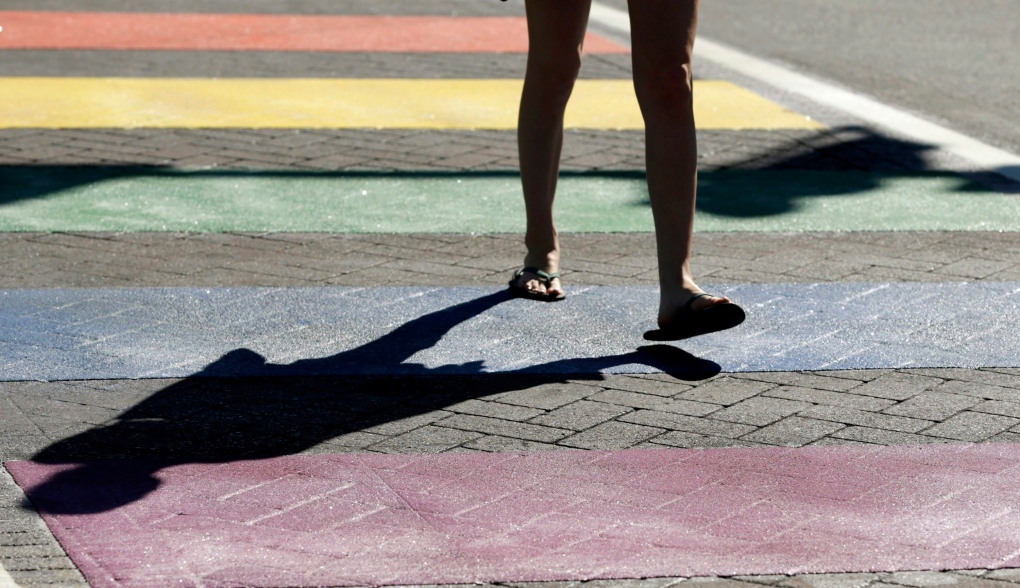 A Cardinal, Ontario man faces one count of mischief after he allegedly damaged a new Pride crosswalk on June 17 in Prescott, south of Ottawa.

Grenville County Ontario Provincial Police were notified of the damage to the crosswalk on King Street after witnesses say the driver of a truck was making intentional burnouts on the painted area and destroying some of the colour.

The OPP charged 44-year-old Robert Sugrue. He has been released and scheduled to appear at the Brockville courthouse in mid-August.