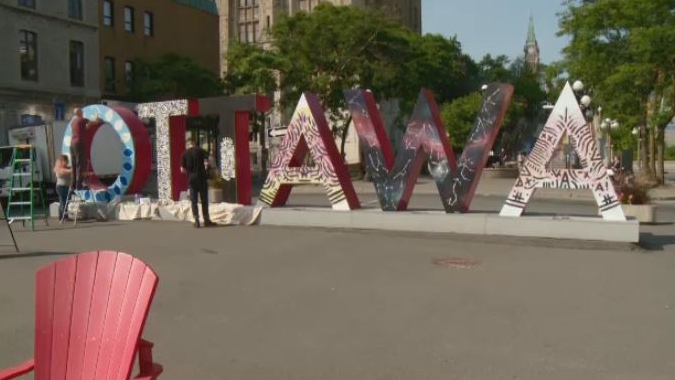 It’s your final chance to have your picture with the iconic OTTAWA sign in the ByWard Market.

The City of Ottawa has announced the existing OTTAWA sign in the York St. plaza will be replaced with a new, permanent version that lights up.

On Monday, construction will begin to remove the two-and-a-half year old sign and prepare the site for the new one.  The original sign was unveiled for Canada’s 150th anniversary in 2017.

The new OTTAWA sign will keep the same dimensions, but the city says it will  include an “enhanced lighting system, which will allow the letters to shine in a wide spectrum of colours.”

The new OTTAWA sign will be installed by Christmas.