OTTAWA -- He was a fraud analyst at a large Canadian bank, taking stock of his life and losing interest in his career.

Tired of faking his own happiness, Marc Laperle went in search of a new beginning.

"I was going through a little mid-life crisis, so I quit my city job and moved up north," said Laperle.

By "north", Laperle means Nunavut, a place he had always wanted to visit.  For several years, he lived in Rankin Inlet, Pangnirtung on Baffin Island, and later, Resolute Bay.

"I needed a bit of adventure, I guess."

Before long, the Ottawa native would get more adventure than he had bargained for.

Laperle was working as a kitchen manager at a local hotel.  Ironically, it was "health week."

"The hotel was booked solid and it was the busiest week of my career," he said.

"Everything was fine, until one day, it wasn’t."

"All of a sudden, it was an instant, major pain in my chest like I had never felt before," said Laperle.

There is no hospital in Resolute Bay, so Laperle walked to its health centre in "minus fifty-five-degree weather."  Once there, he climbed two flights of stairs to seek help.

"They plugged me into an ECG machine which was being read remotely in Iqaluit.  The doctor in Iqaluit diagnosed that I was having a heart attack," he said.

Laperle needed urgent medical attention and would need to fly to Iqaluit.  First, he had to get to the airport, but an ambulance wasn’t available.

"So, they slapped me in the back of a pick-up truck with a medic," Laperle said. 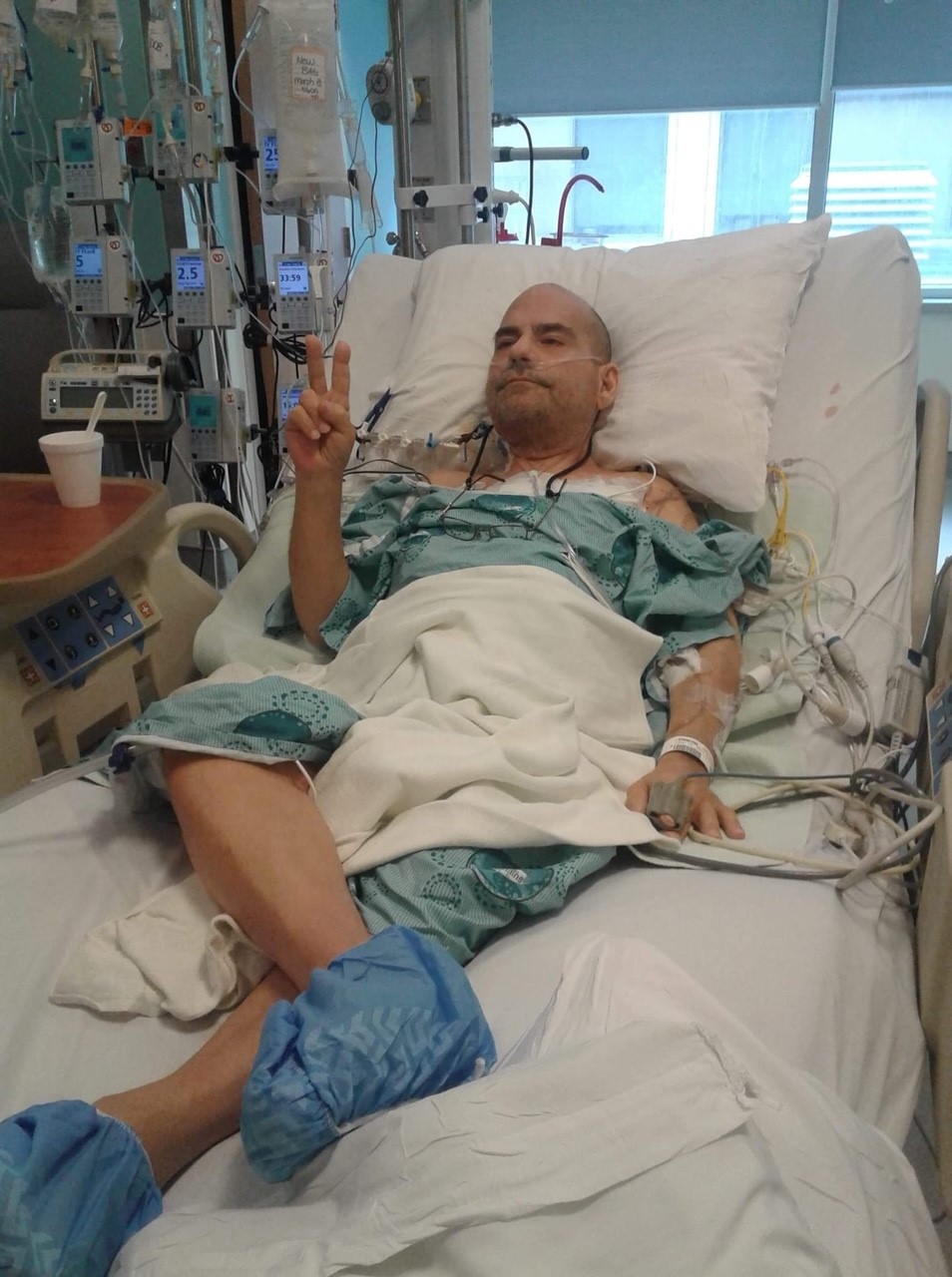 From Iqaluit, Laperle flew to the University of Ottawa Heart Institute, where he received a life-saving stent.

"While I was on the table, this doctor introduces himself and says you should be in a cooler in Resolute Bay.  Welcome to the Heart Institute," Laperle said with a grin.

Along with the stent, Laperle received some disturbing news about his heart history.

"They said 'this is the second heart attack you’ve had.  We’ve detected that you may have had one five or six years ago.'  I had no idea."

"They also said there was a possibility that I might require a heart transplant in the future."

Digesting the alarming news of a potential transplant, Laperle stopped for a routine blood test before leaving the hospital to go home.

Four hours later, he received an urgent phone call to return to the emergency department.

"The bloodwork showed that my kidneys had totally shut down.  I was told I was on my death bed," he said.

Laperle braced for the agonizing wait for a donor heart that would save his life.

"I was anxious, I was happy, I was super scared—all the emotions," he said.

The transplant, performed on March 7, 2020 by Ottawa Heart Institute surgeon Dr. Fraser Rubens, was a success.  Laperle recalls the moment he opened his eyes post-surgery.

"I remember waking up after the operation with my (heart failure-transplant) cardiologist Dr. (Sharon) Chih holding my hand.  To this day, that’s a memory that will stay forever," he said.

Laperle was supposed to be discharged four weeks after his surgery, but while walking the hallways of the Ottawa Heart Institute, he encountered another setback.

His racing heart was remedied with medication and defibrillation.  Two weeks later, he was able to go home, moving into his parents’ house in Ottawa. 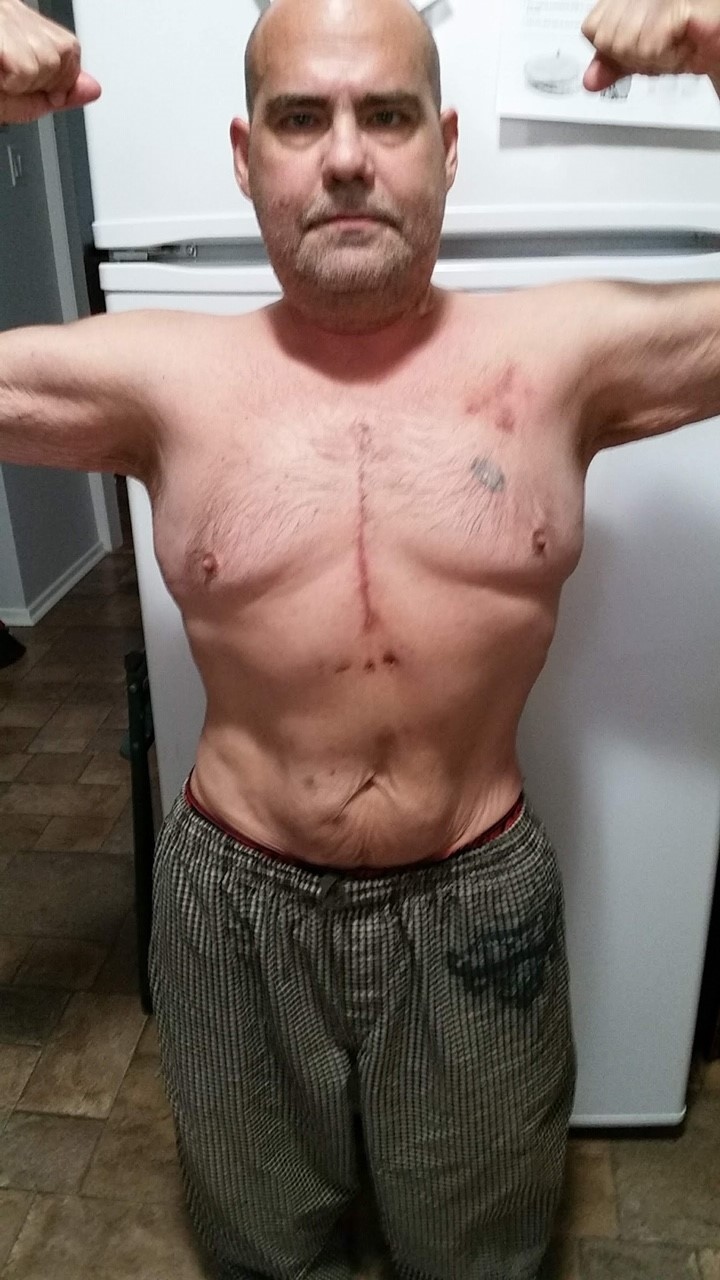 While he’s a long way from feeling 'normal', Laperle’s grateful to all who played a role in saving his life.

"I had my life saved four times in a year, literally.  I was going to die those four times. And every time, I was able to live because of the intervention of other people," said Laperle.

"I’m grateful to everybody; my friends, my family, the donor family and all the people at the Heart Institute.  It’s just amazing the level of care, service and love you feel when you’re there."

As Laperle continues his recovery, he takes a little time each day to focus on a long-time dream-- a canoe trip along the majestic Mackenzie River in the Northwest Territories.  He’s not well enough, yet, but Laperle said he’s determined to find a way to get back to the North.

"I’m still planning a trip.  Now, I have to find a cardiologist, or nurse, who wants to go for a canoe ride," Laperle said with a smile. 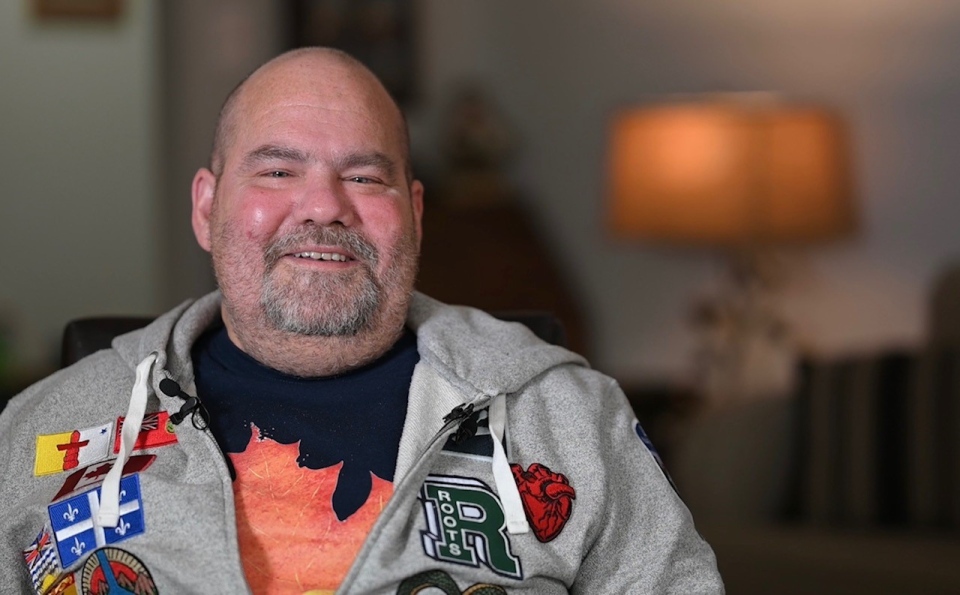 There are countless ways you can include the University of Ottawa Heart Institute in your holiday gift giving.  Visit foundation.ottawaheart.ca

"It’s an investment in your future, and your family’s future," said Laperle.

"When you suffer a problem, or someone else suffers a problem, you’ll be very thankful the Heart Institute is there."