As Paolo Di Rienzo gently stirs a pot of creamy Alfredo sauce in his busy commercial kitchen, he reflects on his family’s proud legacy.

“It’s going to be fifty years,” he smiles.

For half a century, Di Rienzo Grocery and Deli on Ottawa’s Beech St. in Little Italy has been a capital favourite; an eatery invented to satisfy the appetites of neighbourhood construction workers.

“And then a little bit later, they were building the sewers. They shut Champagne Street. They shut Beech. So, we decided to cook for the workers and that’s how it started.” 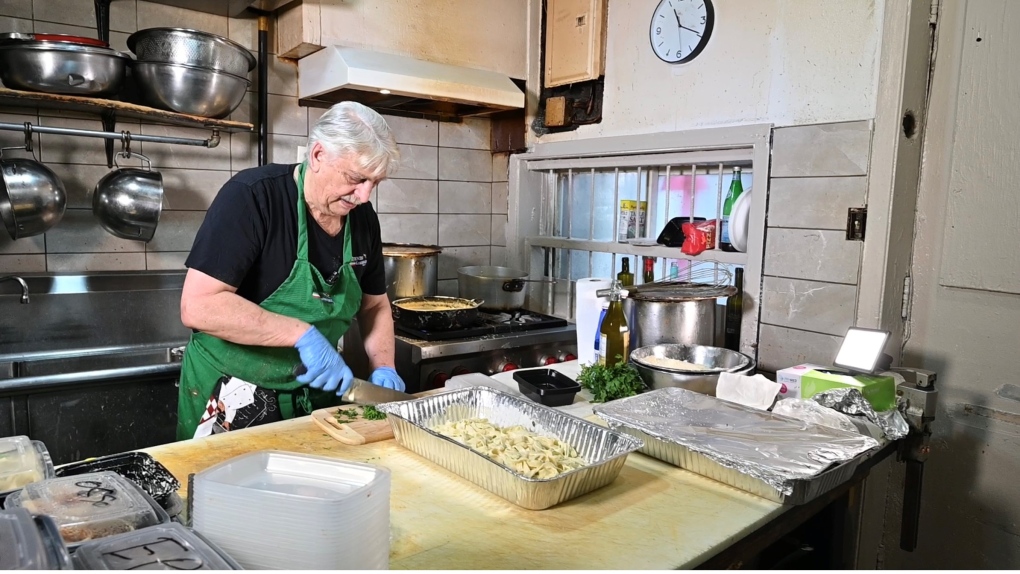 Iole Di Rienzo was the family matriarch. She came to Canada with her husband and family in 1967.

Her magic touch for pasta and people was legendary.

“My mother used to get up very early in the morning. She would get stuff ready for my father and then start cooking,” says son, Paolo. 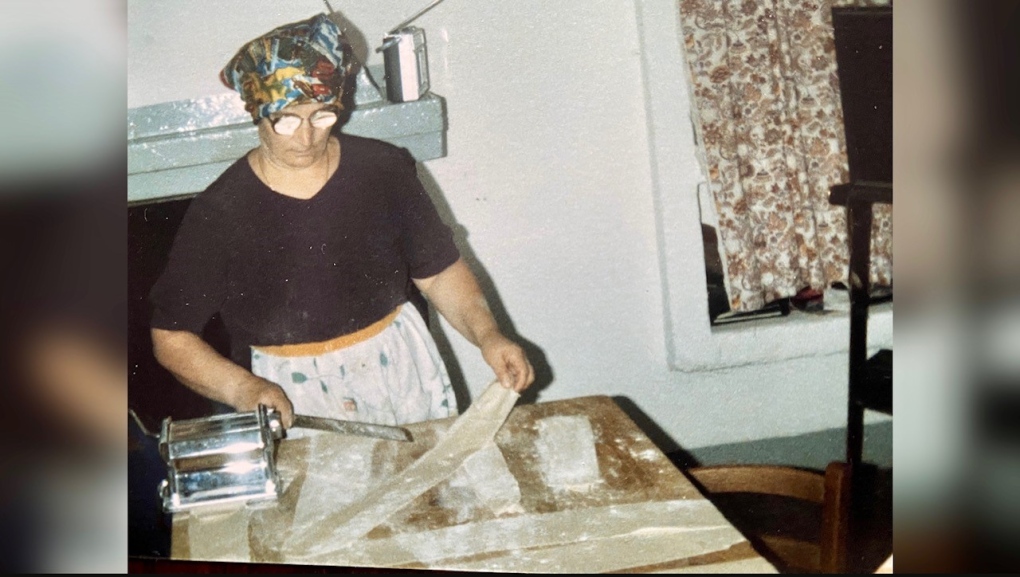 Her six children always helped in the store and in the kitchen, serving delicious food to Di Rienzo’s valued customers.

And along with the sandwiches and hot food, are warm welcomes.

“If you have a smile on your face, and you welcome people, people will come back.”

Line-ups for the deli’s mouth-watering sandwiches are frequently out the door. 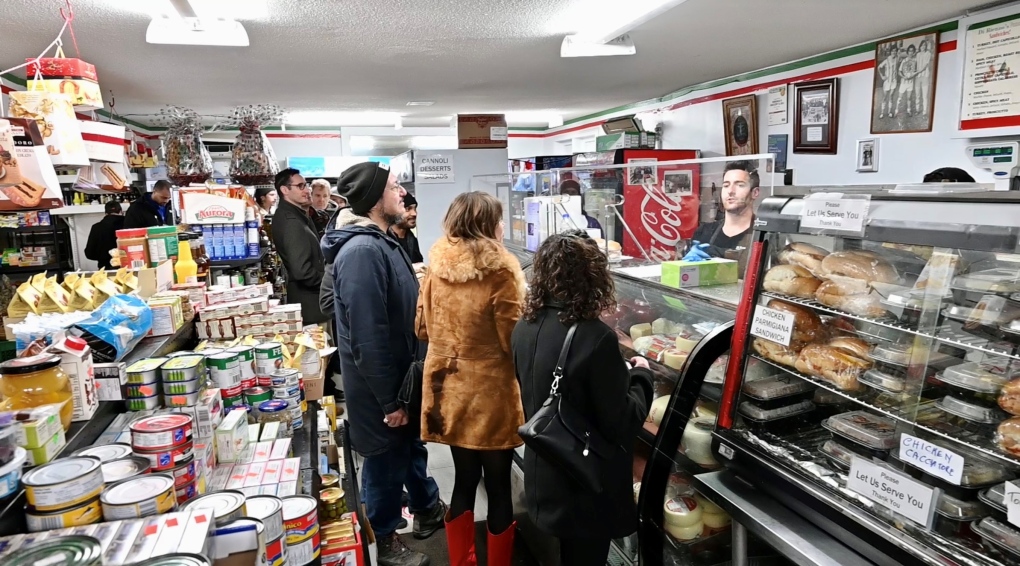 “Everything is sliced fresh, and we put lots on it,” says Paolo.

“We don’t fool around,” he laughs.

Enzo Solazzo has been coming to DiRienzo since the store opened.

“I’ve had many, many sandwiches. Hundreds of sandwiches here,” he says.

“Once you eat here, there’s no way you’ll go back to anyone else,” he smiles.

“It’s amazing. You can’t go wrong. $8.50 for a sandwich? You can’t get that anywhere,” says Paolo’s nephew, Antonio Di Rienzo. 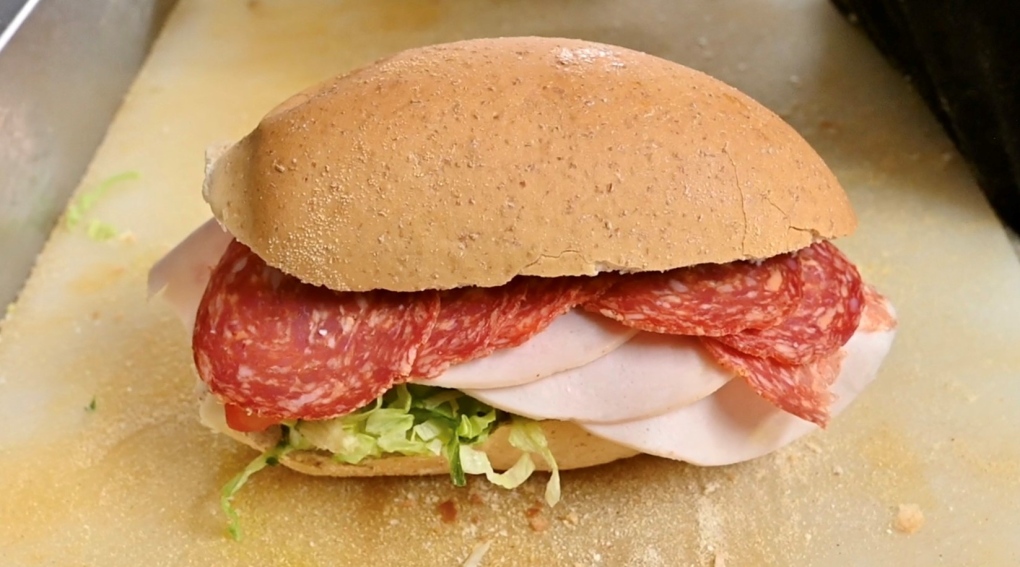 A Di Rienzo deli sandwich. “Everything is sliced fresh and we put lots on it. We don’t fool around,” says Paolo Di Rienzo. (Joel Haslam CTV Ottawa)

But Paolo Di Rienzo says he’s just running the business as his mother would want him to.

“We work very hard, we give the people what they want, and we’re not too greedy,” he says.

“He’s had tremendous support along the way from his family and his friends. They all want to help him because he wants to help them,” she says.

“He’s kind, generous and respects everyone, whether you’re a little kid going to school or a politician sitting in the Parliament buildings. He treats everyone the same.”

“And he’s such a giver. If someone’s short a dollar, he’s like ‘it’s ok don’t worry get me next time. You go anywhere and no one is going to do that nowadays,” he says.

But Paolo Di Rienzo will.

After all, people have been making memories at his Little Italy shop for 50 years.

“This is probably the place where we stole our first chocolate bar,” says one customer.

“And it’s probably the place where we kissed our first girlfriend on the front steps. It’s an impressive place.”

“And once you come here, you’ll always come back.”

And for their loyalty over 50 years, Paolo and his family say a heartfelt thanks.

“I just have to thank the community for what they’ve given us. Thank you to all the loyal customers. Thank you.”

Eight people were seriously injured after a Laval city bus crashed into a daycare Wednesday morning, according to first responders. The driver of the bus has been arrested, according to Quebec Public Security Minister Francois Bonnardel.