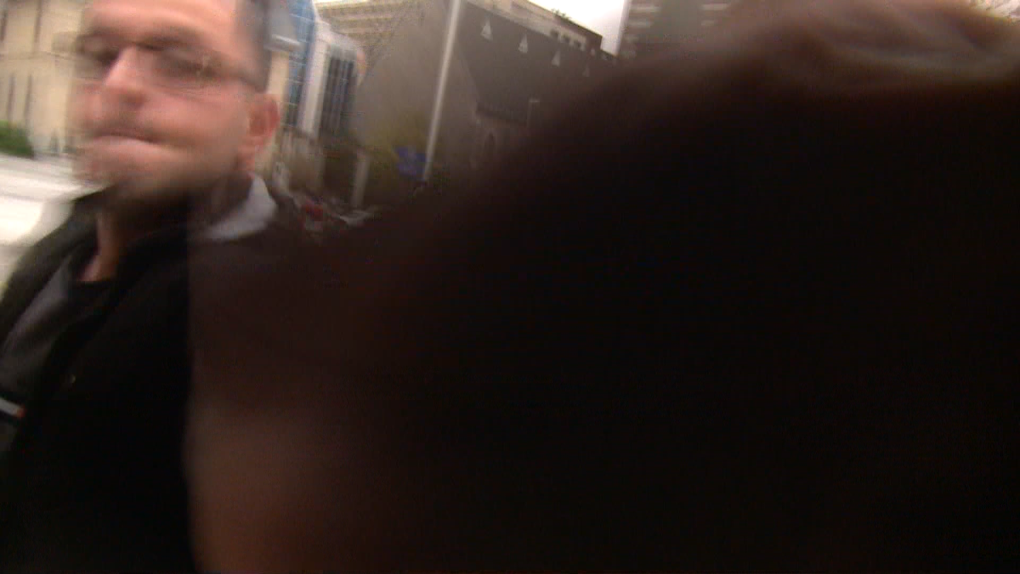 Supporters of an Ottawa tow truck driver who was being sentenced at court this morning, attacked a CTV Ottawa news photographer and threatened several others outside of court Friday morning.

Both before and after the sentencing hearing, Haj-Saleh’s supporters swore at and punched photographers who were covering the case.

“He swore at me and got very close to me”, Carroccetto said. “He made it very clear he didn’t want his photograph taken.”

Later, after the sentence was handed down, several men again swore at and assaulted CTV Ottawa’s Chris Scott.

“They were hot under the collar because the mother was infirm, and taken away from the courthouse”, said Scott. “They were swearing at the media and threatening us verbally”.

It then escalated quickly to physical assault.  With two separate men punching Scott.

“He was hitting me repeatedly”.

“There’s no question that he’s assaulting me and the camera.”

Over several decades of covering news, Scott says an assault like this is very rare.

Scott has filed a report with Ottawa Police.