Ongoing coverage of the COVID-19 pandemic from CTV News Channel 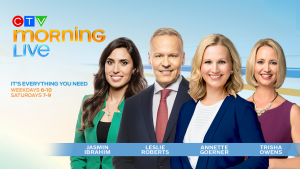