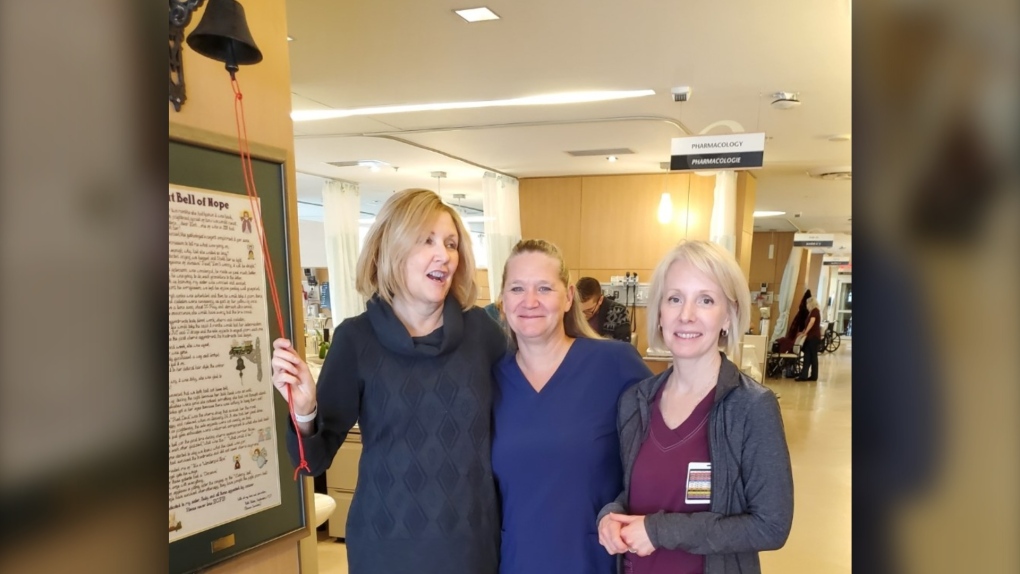 OTTAWA -- Coun. Diane Deans celebrated the end of her chemotherapy treatment by ringing the victory bell at the Ottawa Hospital.

Deans announced on Sept. 23, 2019 that she had “received the devastating diagnosis of ovarian cancer.”

Deans took a leave from her job as Councillor to undergo treatment.

Deans adds “looking forward to the next few months of recovery before returning to City Hall.”

Ringing the victory bell after finishing my LAST CHEMO TREATMENT! Tks to the amazing staff & volunteers @ the Ottawa Cancer Centre & Shirley Greenberg Women’s Health Centre, you are the true heroes. Looking forward to the next few months of recovery before returning to City Hall! pic.twitter.com/ILDmN4sjsY

The veteran councillor made her first public appearance on Thursday at her annual International Women’s Day Breakfast.

“I got my energy back. Last summer, I was so sick, but now I feel really good,” said Deans on Thursday.