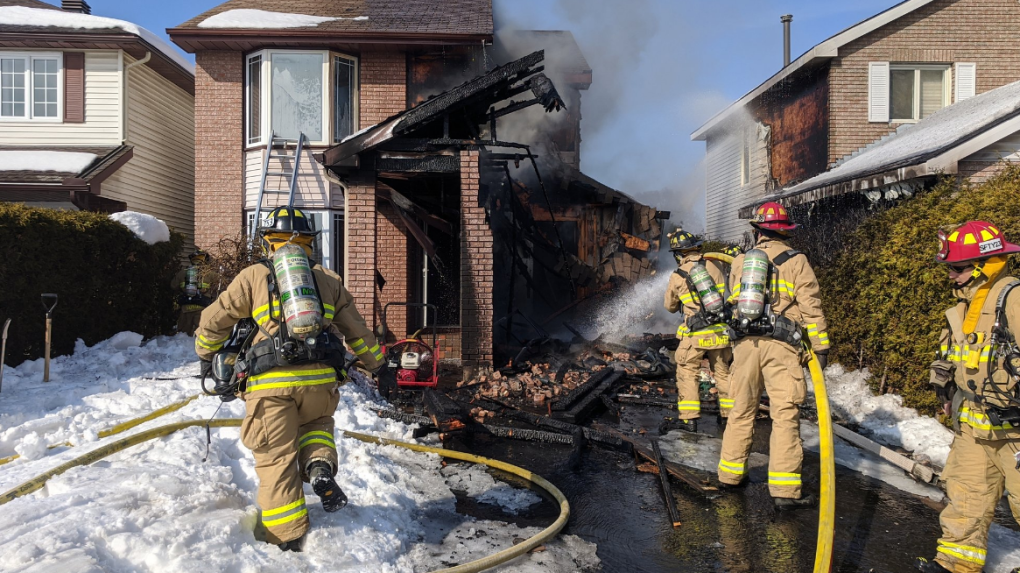 Fire crews were called to a two-storey home on East Acres Road around 12:49 a.m. after a car caught fire. The flames quickly spread to the home. (Courtesy: Scott Stilborn/Twitter @OFSFirePhoto)

OTTAWA -- A family cat has perished and a person has been treated for burns after a fire in the city’s east end Sunday afternoon.

Fire crews were called to a two-storey home on East Acres Road for a blaze Ottawa Fire said in a press release had spread from a vehicle to a building.

The fire was declared under control by 1:39 p.m.

Ottawa Paramedics say three people were taken to hospital. One person with burns is in serious condition.

Three cats were rescued from the home and treated with special oxygen masks, but one did not survive.

Damage to the home and car is extensive. The cause of the fire is under investigation.

A previous version of this story said the firefighters were called at 12:49 a.m. Sunday. The fire was in the afternoon.