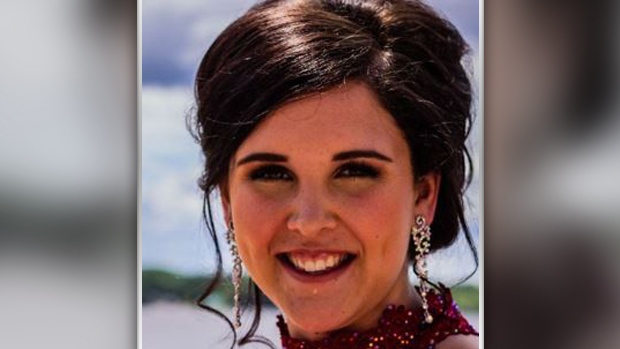 17-year-old Veronique Bourque was found unconscious in her vehicle after it appears it crashed into the ditch off Highway 148 in L'Isle-aux-Allumettes. She was pronounced dead at hospital. (Police Handout)

OTTAWA - A missing teenager from Fort Coulonge is dead after a crash in L'Isle-aux-Allumettes.

Sûreté du Québec say the family of 17-year-old Veronique Bourque called police at 7:30 Tuesday morning after she didn't return home. Bourque was believed to be driving back to Fort Coulonge from Petawawa Monday night.

At 3:30 pm Tuesday, an officer found Bourque unconscious in her vehicle, which had come to rest in the ditch off Highway 148. She was taken to hospital where she was pronounced dead.

At this point, Sûreté du Québec believe it was a single-vehicle crash. The investigation continues.