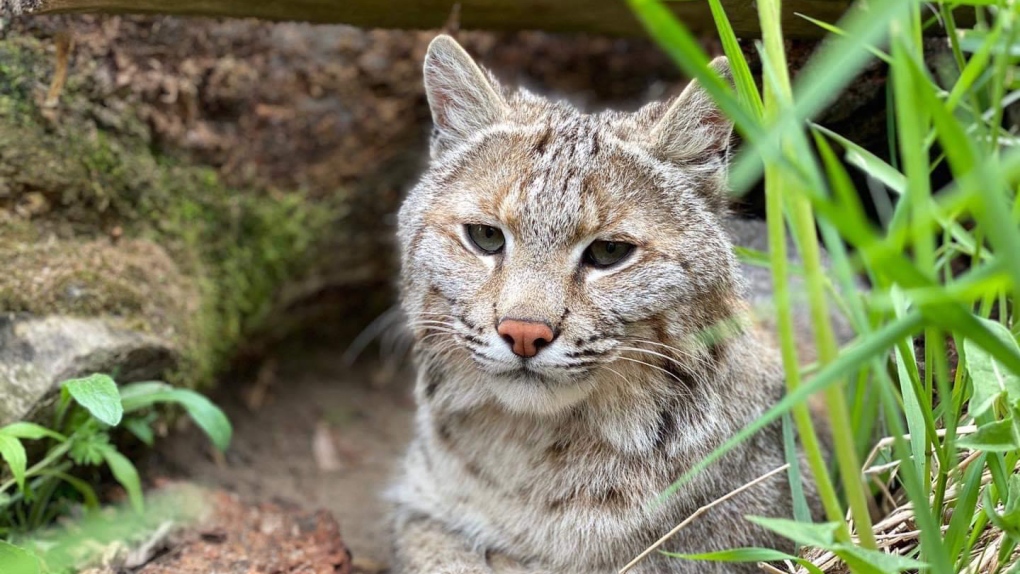 BC the Bobcat is missing from the Saunders Country Critters Zoo and Sanctuary in North Grenville, Ont. Ontario Provincial Police believe someone intentionally let the animal out of its pen over the weekend. (OPP handout)

OTTAWA -- A bobcat missing from Saunders Country Critters Zoo and Sanctuary in North Grenville is home safe and sound, after it was located approximately 15 kilometres away in South Mountain.

The bobcat, named Brett Cody, went missing after 9 p.m. on June 4 from the zoo in Oxford Station, south of Ottawa.

Ontario Provincial Police said the owner of the zoo found an animal outside of its pen on June 5, and discovered the bobcat was missing after a more thorough search.

"At this time, it is believed the animals were intentionally let out of their pens," police said at the time.

On Wednesday, the OPP said the missing bobcat was located thanks to a member of the public.

"Grenville OPP have confirmed he is back home safe and sound at Saunders Country Zoo," said police.

The OPP said Thursday that the bobcat was spotted in a brushed area in the village of South Mountain. Employees from the zoo attended the area but were unable to locate the animal.

Live traps were set in the area, and a short time later Brett Body was caught.

It's a #GoodNewsDay! The missing bobcat "Brett Cody" was located this afternoon thanks to a member of the public. #GrenvilleOPP have confirmed he is back home safe and sound at Saunders Country Zoo in @North_Grenville. #ottnews pic.twitter.com/jpmjSpm8MX

The owner of the zoo said last week that there was no risk to the public when the bobcat went missing.

"The danger is for him as he doesn't know about cars or that water and food aren't served in stainless steel bowls," Carla and Gary Saunders said in an email. "He is probably totally terrified."

The OPP are continuing to investigate the incident as a mischief as it is believed the animals were intentionally let out of their pens.

Asking anyone with information is asked to contact Grenville County OPP at 1-888-310-1122.