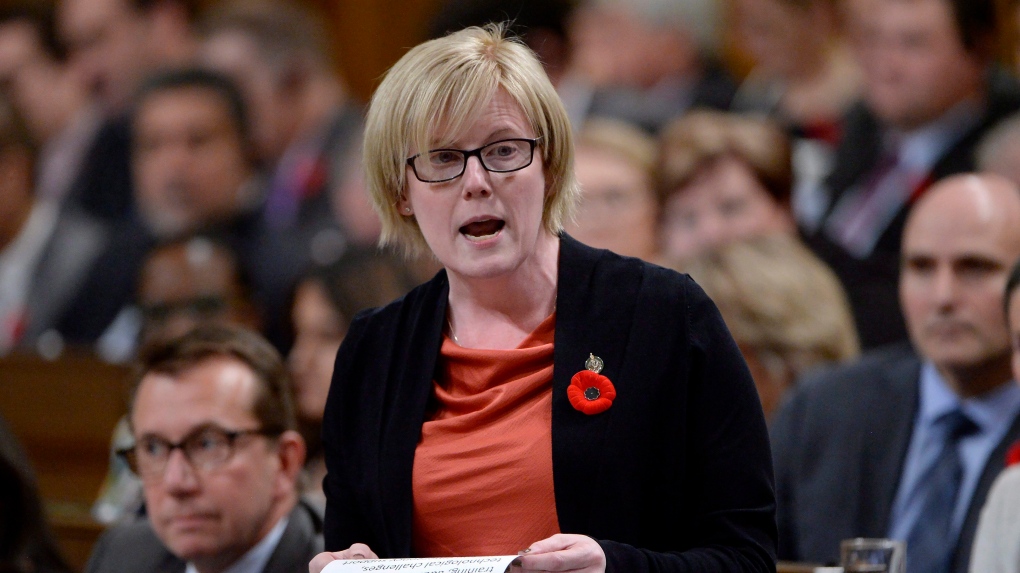 Former Public Services and Procurement Minister Carla Qualtrough responds to a question during Question Period in the House of Commons, in Ottawa on Tuesday, October 31, 2017. (Adrian Wyld / THE CANADIAN PRESS)

Canada’s minister of public services paid a visit today to 34 workers with developmental disabilities whose program is being shut down.

The employees, who help sort government papers before they are destroyed, learned last month their program is being cut after four decades, as first reported by CTV News.

Carla Qualtrough, who is also the minister of accessibility, said Wednesday that although the government hasn’t changed its mind about the National Archives Program, and the contract that expires in March, she is committed to making sure all the workers obtain new jobs.

“Even just coming today and meeting me in person, I hope they understand how sincere I am in doing the right thing and doing right by them, and finding jobs within government,” she said. “We’re doing to do this right.”

David Ferguson, from the Ottawa-Carleton Associatoin of Persons with Disabilities, said many of the workers spoke up in the meeting.

“Many of them were very vocal, in terms of who am I, and how long I’ve worked here, and why this job is important, and please don’t shut us down.”