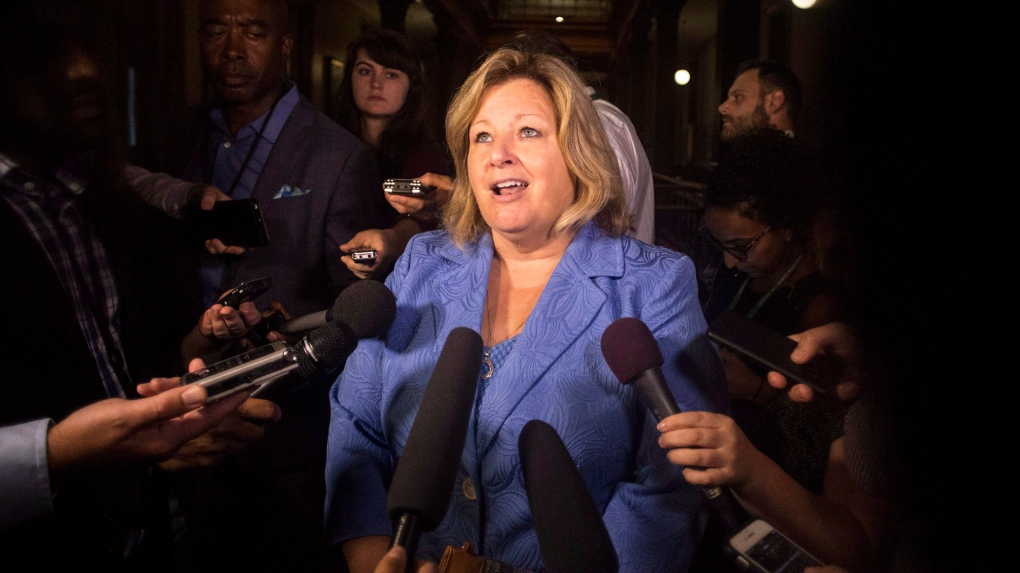 TORONTO -- Ontario's education minister is defending the $140,000 salary for a failed Tory candidate to lead a standardized testing organization -- a job that was previously a part-time appointment.

Cameron Montgomery was announced recently as the new full-time chair of the board of directors of the Education Quality and Accountability Office, a position that had previously been part-time with an up to $225 per diem.

Montgomery unsuccessfully ran for the Progressive Conservatives in last year's election, but his background is in education, including as a professor of education at the University of Ottawa.

"The natural measurement of success is seeing the math scores actually improve and ensure that teachers, parents and students alike are comfortable with the manner in which we measure standardization moving forward," Thompson said.

When asked how the head of an organization that administers standardized tests could help improve math scores, Thompson said teachers and parents have complained about the tests.

"We feel we needed to start at the top and make sure that EQAO has the right leadership and full-time focus to ensure that we have the type of administration when it comes to standardization that supports teachers and ultimately students in the classroom so parents once and for all have confidence in our system," she said.

NDP Leader Andrea Horwath said Thompson's connection of Montgomery's appointment to math scores is "reaching for straws to try to explain something that is non-supportable no matter what."

"It's absolutely a ticket onto the (Premier Doug) Ford gravy train for a failed candidate," Horwath said. "Like other appointments that Mr. Ford has made, it's a chance for Mr. Ford to have somebody in a position where he can manipulate the agency involved."

Ford family friend Ron Taverner has been named Ontario Provincial Police commissioner, though the appointment has been delayed pending an investigation by the integrity commissioner.

Taverner initially did not meet the requirements listed for the commissioner position. The Ford government has admitted it lowered the requirements for the position to attract a wider range of candidates.

Jenni Byrne left her post as principal secretary for an appointment with the Ontario Energy Board with an annual salary of about $197,000.

Past Progressive Conservative party president Rueben Devlin was granted a three-year term as a health-care adviser, Ford campaign adviser Ian Todd was appointed Ontario's trade representative to the United States, with a $350,000 salary, and Ford family lawyer Gavin Tighe was appointed to the Public Accountants Council.

The government noted that Montgomery's salary comes from the existing EQAO budget.