Mild spring in the forecast for Ottawa, Environment Canada predicts

OTTAWA -- Ottawa residents will be treated to a warm spring, after a cold and snowy February during the COVID-19 pandemic.

Snow and rainfall levels are expected to be "normal" for the region through March, April and May.

According to the meteorological calendar, spring starts on March 1 and ends on May 31. 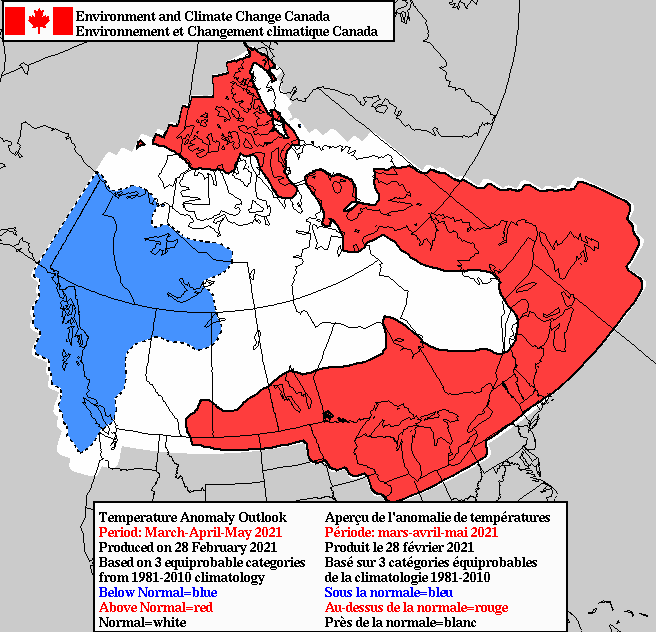 "There is an average risk for severe flooding across Ontario and Quebec this spring due to the high frequency of storms that are expected to impact the region," AccuWeather said on its website. "However, the flooding risk may not emerge until later in the spring, since the winter was drier than normal."

Environment Canada's forecast calls for a high of 5C in Ottawa on Sunday, followed by a high of 2C on Monday.

While the weather may feel like spring, Environment Canada's top weather forecaster says don't put away the snow shovels just yet.

"Don't write the obituary on winter just yet," Phillips said, adding the models show temperatures will be warmer than normal in Ottawa this spring.